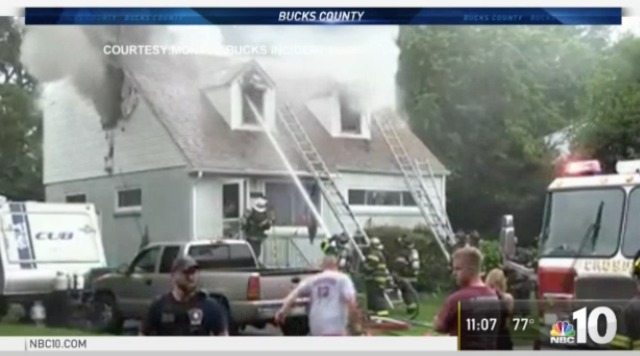 A fire destroyed the home of LDS Special Olympics coach George Massimini Friday, burning everything in the home except the two items he recovered during the blaze.

While no one was injured and firefighters were able to contain and subdue the blaze, everything inside Massimini's home where he also grew up was destroyed except the two items he recovered, according to NBC10.

"The only thing I saved at that point was, I went in and got my cell phone and my wallet," Massimini told NBC10.

Without insurance, the LDS Special Olympics coach is staying at his bishop's home while he figures out what to do next.

But he's not allowing this tragedy to keep him from serving others. At 10 a.m. Saturday the morning after his home burned down, he was training one of his athletes.

Speaking of his athletes, Massimini told NBC10, "If I stop then they don't get the opportunities. So I gotta keep going."