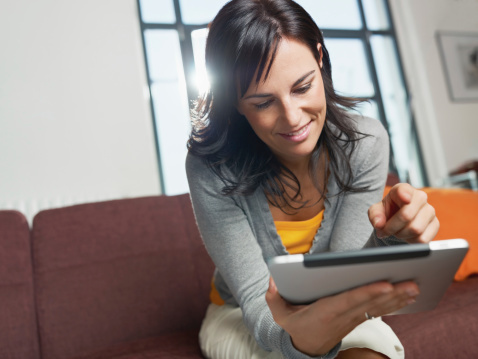 Ann Romney, former First Lady of Massachusetts and wife of 2012 presidential candidate Mitt Romney, recently released The Romney Family Table—a book filled with her family’s traditions and most beloved recipes. This week her book debuted at #14 on the New York Times list of “Advice, How-to, and Miscellaneous” titles, and #1 on Bookscan’s overall cookbook list.

Ann has also appeared nationally on Good Morning, America, The Rachael Ray Show, and The Tonight Show. Check out this video clip of Ann cooking Mitt’s favorite meal with Jay Leno, and be sure to watch for her on the cover of LDS Living’s November/December issue. (Click here to read more about my interview with Ann Romney and to try recipes from The Romney Family Table.)

Recognized as one of the world’s most versatile singers, Deborah Voigt is known as a leading dramatic soprano revered for her performances in the operas of Richard Wagner and Richard Strauss, as well as portraying some of the great heroines in Italian opera.

Acclaimed British actor John Rhys-Davies is perhaps best known for playing the dwarf Gimli in The Lord of the Rings trilogy and the charismatic Arab excavator Sallah in the Indiana Jones films.

Left: Deborah Voigt as Elisabeth during rehearsal of the Metropolitan Opera production of "Tannhaeuser" in New York, Nov. 15, 2004. (Bebeto Matthews, AP) Right: Actor John Rhys-Davies poses as he arrives for the world premiere of "Lord of the Rings: The Return of the King," Wednesday, Dec. 3, 2003, in Los Angeles. (Nam Y. Nam, Associated Press)

The concerts will be Friday and Saturday, Dec. 13 and 14, at 8 p.m. with a dress rehearsal Thursday, Dec. 12 at 8 p.m. Voigt and Rhys-Davies will also join the choir and orchestra for its weekly Music and the Spoken Word broadcast and mini concert on Sunday, Dec. 15.

Can't make it to this year's concert? Enjoy a DVD of last year's concert featuring Tony Award-winning tenor Alfie Boe and narrator Tom Brokaw. Or watch the video below to hear the choir perform a truly inspiring version of "Joy to the World."

The priesthood session is broadcast live and online for the first time. President Monson delights us with his animated facial expressions. And then, there was that darn fly!

The 183rd Semiannual General Conference was filled with inspiring messages as well as humorous moments. If you missed any of it, don't worry! You can read, watch, or listen to all the conference sessions at lds.org. Don't have time for the full messages right now? The Deseret News has provided great summaries of each talk. You can also check out our compilation of 15 Inspiring Conference Memes and take our poll to answer the question: How did you watch priesthood session?

Elder Terence M. Vinson of the Seventy swats away a fly while speaking during the Sunday afternoon session of the 183rd Semiannual General Conference of The Church of Jesus Christ of Latter-day Saints. (lds.org)

The Center, located on the Hawaiian island of Oahu, has delighted and inspired more than 37 million visitors from around the globe. And there’s a good reason people’s hearts are touched so easily at the Polynesian Cultural Center: it is the culmination of prophetic statements by several Church leaders. Learn more about the Polynesian Cultural Center's 50 years in paradise in the September/October issue of LDS Living or at ldsliving.com.

Fun Fact: The PCC's spectacular night show, Ha: The Breath of Life, is the world's largest Polynesian revue. Watch the video below for a preview of this must-see attraction.

Elder Colt Daniel Kunz, 20, of Victor, Idaho, died Wednesday after coming in contact with a live electrical wire. He arrived in Mexico less than one month ago.

Elder Andrew Edward Page, 18, from Charlotte, N.C., had been serving in California since August and died Friday from injuries he sustained when he was struck by a vehicle while riding his bicycle.

Last month, the Church issued a statement noting that 10 missionaries had died from accident or illness over the course of the previous year (discussed by Elder David F. Evans, Executive Director of the Church’s Missionary Department, in the video below). Two others have died since that time.