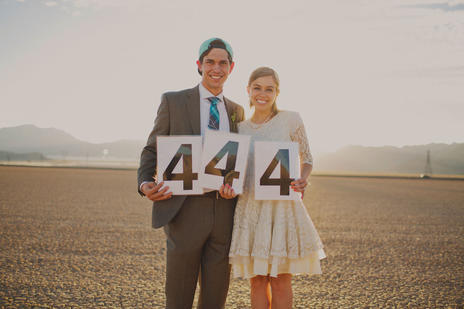 After suffering from a bipolar disorder so severe she couldn't get out of bed some mornings, Josie Thompson set out on a task, to ask 444 people what motivated them to get out of bed every morning. Her story soon traveled around the world, allowing her to travel to different countries asking people "what brings you joy?"

Josie Thompson Solomon’s mission statement is simple: “to be the girl who brings light to others through her own darkness.”

Darkness began to creep into Solomon’s life in 2008, when, as an otherwise healthy college sophomore, she struggled to get out of bed in the morning. Solomon, a former high school student body president, was quick to recognize a difference in her life.

She was soon diagnosed with bipolar disorder, and in the seven years since, she has tried over 40 combinations of antidepressants, counseling, holistic treatments and more. Although she and her family continue to fast and pray for solutions, they have also learned that, as Solomon likes to say, “You don’t have to be healed to help.”

After struggling for three years, Solomon left her home in Mesa, Arizona, after receiving an invitation from her aunt and uncle to live with them on their ranch in Montana. She saw improvements in her health and thought she might even be able to serve a mission for The Church of Jesus Christ of Latter-day Saints, something she dreamed of doing. She received a call to serve in the New Mexico Farmington Mission, but weeks before she was assigned to leave, the darkness she recognized all too well began to resurface. Solomon was unable to go on her mission.