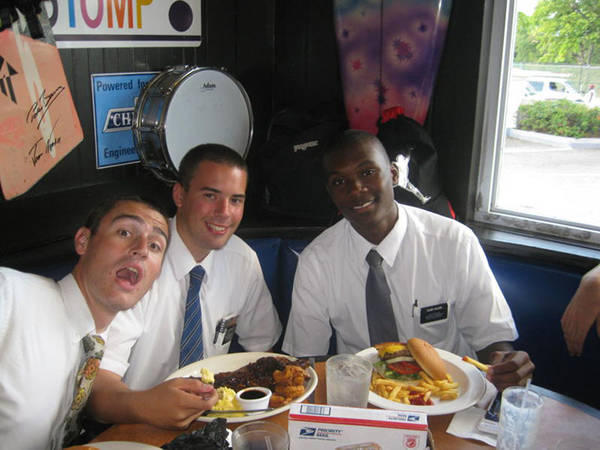 An LDS Church missionary was accidentally shot and killed in stray crossfire Monday while serving in his native country of Jamaica.

Elder Jermaine Luther Walker, from the town of Savannah La Mar and serving in the Jamaica Kingston Mission, was confirmed as the fatality by The Church of Jesus Christ of Latter-day Saints.

According to church spokesman Scott Trotter, Walker and seven other missionaries were returning to their apartments after an activity on their "preparation day," an "off-day" for Mormon missionaries from regular proselytizing.
Read the rest of this story at deseretnews.com