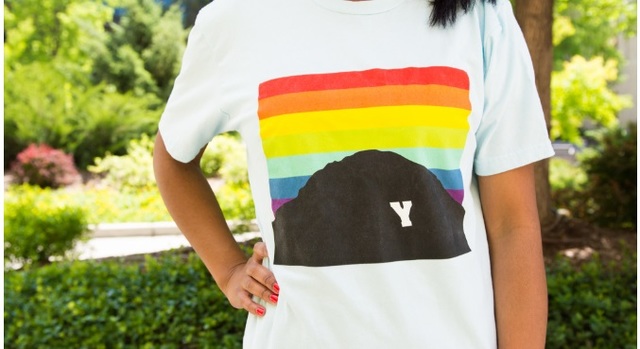 LGBT BYU Students Explain Why They Chose to Attend and Stay

“I don’t know why it’s so hard for people to believe that God wants gay people here,” said Adena Moulton, a student at BYU. Many LGBT students on campus feel the same way after fasting and praying and coming to know BYU was the right place for them to be.

For BYU students who belong to the LGBT community, it’s an easy question to answer.

Things have changed at BYU since Delbar, a graduate student, arrived in 2009 and there were frequent editorials in the school newspaper and bathroom graffiti speaking out against the LGBT community. But that doesn’t mean those opinions and voices have vanished in 2016, either.

“Every once in a while, you’ll get someone who is insensitive and ignorant,” he said. “For the most part, it’s improving.”

Lead image from The Daily Universe.