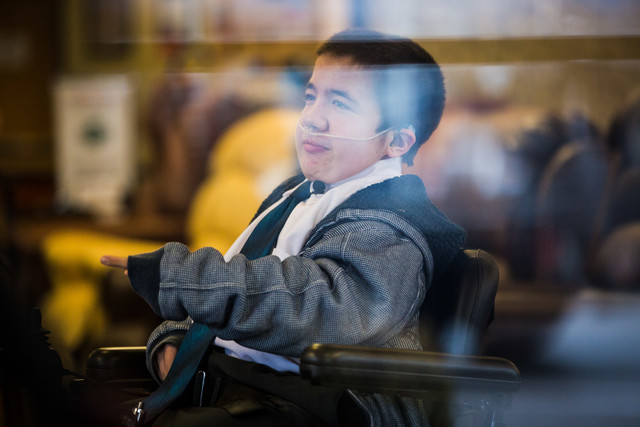 Nineteen-year-old Rhett Carbine has a rare genetic disorder that makes it hard for him to breathe. A personalized wheelchair carries his oxygen tanks, which give him some freedom.

But that freedom was stolen two weeks ago when a thief swiped Carbine's personalized wheelchair out of his mother's SUV, which was parked in front of their home in the Avenues in the middle of the night.

"It was like, 'What goes through your head when you're actually doing this and seeing there is a need and you're taking from that?'" Andrea Carbine, Rhett's mother, asked.

Now, members of the community have reached out in hopes of restoring Rhett Carbine's independence.