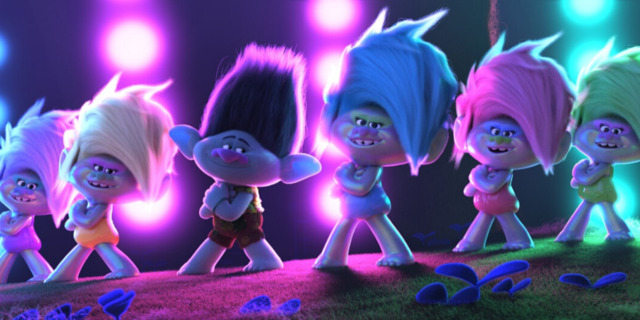 Editor's note: Latter-day Saint Movie Reviews are intended as a helpful service for those who want to know about upcoming movies. However, the views expressed in reviews reflect the thoughts and the opinions of the contributor and do not represent an LDS Living endorsement of the film. Parents should still use discretion based on their own family’s decisions about what is or is not appropriate for their children to see.

This movie was supposed to open in theaters this month, but because everyone is self-isolating at home due to the COVID-19, Dreamworks Animation decided to offer it on online streaming! Yay! I can already hear the parents celebrating who are tired of watching Frozen for the zillionth time and wished there were something new to play in their homes.

Movie studios basically have two choices during this worldwide pandemic: take their films direct to streaming or simply postpone their premieres. This is Dreamworks Animation’s first film of the 2020s. It’s an extremely colorful sequel of Trolls with tons of singing. It’s David P. Smith’s directorial debut and could be the lighthearted family film that we all need during these crazy times.

The talented actors and musicians that make up the cast include award winners and big names such as Anna Kendrick, Justin Timberlake, James Corden, Ozzy Osbourne, Rachel Bloom, Mary J. Blige, Kelly Clarkson, Gwen Stefani, Sam Rockwell, George Clinton, and Kenan Thompson. Of course, I should mention that the McElroy brothers are also in it. They actually started a podcast entitled, “The McElroy Brothers Will Be in Trolls 2” so they could get cast in the film. Clever! Rachel Bloom is so talented, so it’s great to see her sing in a starring role in this movie.

If you haven’t seen the first Trolls movie, you won’t always understand what is going on or what the troll world is all about. Even if you have seen the first film, several exposition scenes are required a few times to explain what happened before, as well as for you to understand what’s happening in this present film. The animation itself is super cute with adorable facial expressions and lots of physical humor. Kids will be introduced to a variety of music styles. The smooth jazz troll section of the movie was particularly hilarious.

On the flip side, most of the movie feels a bit loud and chaotic. Sometimes you can’t understand what the trolls say. Some people may be offended by all of the clichés and stereotypes, but if you want a film with good message that encourages your kids to appreciate and celebrate the differences in the world, it’s fairly harmless fun.

After MANY animated films telling our children that we’re all the same, this one makes another important point: we are different and it’s okay. Differences shouldn’t be feared but celebrated. Other themes in the movie and quotes that illustrate them are: