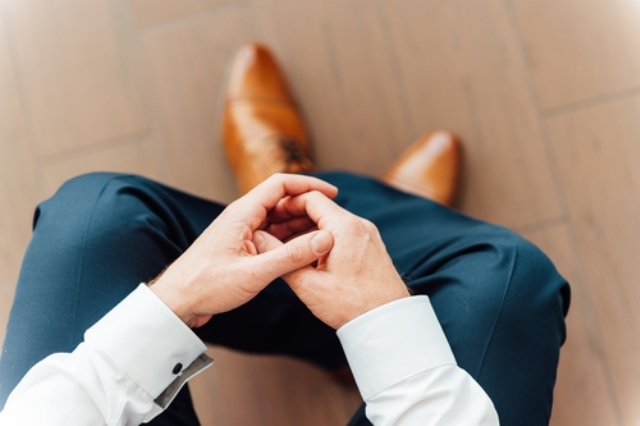 Many years ago in my psychology practice, I worked with an adult client who had a number of behavioral and emotional issues. He had difficulty relating to others and was filled with anger. His anger had become so intense at times that he had run afoul of the law and hurt others. As we spoke about his history, he revealed that when he was a child, he had been the victim of abuse at his father’s hand. The abuse was considerable and traumatic. We worked together for several years. On one occasion, he was describing his anger towards his father and how such anger caused him to literally feel sick to his stomach on a regular basis. He asked me, “How can I get rid of this feeling? I hate feeling this way.” Knowing my client very well at that point, I hesitated to provide what I knew was the correct answer. I said, “Do you really want to know how to stop feeling as you do?” He answered in the affirmative, so I told him, “You have to forgive your father.” As he stared at me in shock, he responded as I knew he likely would: “I’ll never forgive my father for what he did.”

I hesitated to write on this topic using this example because I know many who read may have been victims of abuse. My goal is not to bring up old feelings but to empower new ones. First, let’s be perfectly clear. Victims of abuse are not at fault for what happened to them. Perpetrators make decisions and those decisions lead to actions. Victims are innocent and are blessed by the effects of the Atonement of Jesus Christ. Anything that is not made right in this life will eventually be made right by the Savior. All debts will be paid. It is a comforting thought, although it is often too far in the future for some to experience peace today. Like my client, many individuals experience ongoing anger, hurt and shame because of abuse. Even if you have not been the victim of abuse, everyone has had a time where you have been wronged to one extent or another. In all of these cases, forgiveness can be the means of achieving greater comfort and healing. Consider three different ways in which forgiveness can benefit us:

► You'll also like: Can I Really Forgive and Forget?

1. Forgiveness Relieves Us of Unnecessary Burdens

When talking with my client about forgiveness, he told me that he didn’t want to forgive his father because he felt like that was “letting him off the hook.” I believe there are many that hold a similar opinion. Choosing to forgive someone who has wronged us, especially when that person is unrepentant, feels like we are somehow excusing their wrongdoing. Yet, such thinking is incorrect. We do not hold the power to forgive sin; that power belongs to the Savior. He will forgive people upon conditions of repentance, whether we choose to forgive them or not. This doctrine is made clear in the scriptures: “I, the Lord, will forgive whom I will forgive, but of you it is required to forgive all men” (D&C 64:10). Our extending or withholding of forgiveness does not affect the Lord’s ability to forgive. It does affect our ability to enjoy greater peace in this life.

It is interesting that the Lord commands us to forgive all people. Why would He command such a thing? I believe it is because He knows the burden carried by those who are unforgiving. Holding on to past sorrows can be extremely difficult and taxing. So many people wait and wait for what they believe will be the day of their emotional liberation: when those who have wronged them finally come forward with a repentant attitude, asking for forgiveness. Yet that day rarely comes. Those aggrieved parties continue to carry the burden of their anger, betrayal, and even hatred while they wait for the other party to make the first move. But the Lord has provided the means for us to not have to wait any longer. As we choose to forgive others for what they have done to us, we begin to feel our burden lightened. Our negative emotions dissipate and give way to feelings of compassion and understanding and peace. The love of the Savior fills our souls. Unrepentant individuals will still be accountable for their decisions, but we no longer have to bear those burdens of emotional distress.

2. Forgiveness Helps Us Qualify for Blessings

We’ve already discussed how the Lord commands us to forgive others. When we are obedient to the commandments, we qualify for greater blessings from our Father in Heaven. Put simply, forgiving others will enable the Lord to bless you with what He feels is necessary and right in your life. I have met many people who feel like Heavenly Father is stingy with blessings. They feel He is a harsh task master who is simply waiting for us to make mistakes so that He can impose a punishment. I believe that is a complete deception. One of the defining characteristics of God the Father is His love for His children. I can’t imagine what it took for Him to stand idly by while His Only Begotten Son was treated so brutally. Yet, He did this for us, knowing that was the only way He could give us the chance to return to His presence. “For God so loved the world, that he gave his only begotten Son, that whosoever believeth in him should not perish, but have everlasting life” (John 3:16).

► You'll also like: 4 Important Tips to Help You Forgive Others Daily

I think Heavenly Father looks for ways to bless us all the time. As our obedience increases, we are able to receive more and more blessings. Knowing this, Satan tries to convince us to withhold forgiveness. He is aware of the peace of mind and emotional contentment that await those who choose to forgive others. He does not want you to feel that way. “Misery loves company” is his mantra, and he truly seeks for our misery on a regular basis (see 2 Nephi 2:27). Any feelings we have to withhold forgiveness are not inspired of the Holy Ghost but are a temptation and trick of the adversary. As we choose to forgive others, we will experience greater blessings for being obedient to the will of God.

There are times when Satan’s reasoning makes quite a bit of sense to my mortal mind. Those can be the hardest times to do what is right. When it comes to withholding forgiveness, Satan can present a compelling argument. Imagine his insidious whisperings: “Why should you forgive that person? They haven’t done anything to merit forgiveness. They’ve never said they are sorry. They have never even intimated they’ve done something wrong. If you don’t hold this against them, then it’s like they never did anything wrong. They’ll never learn. I’ll just be opening myself up to being hurt again.” I’ve heard that argument many times. The problem is, it sounds reasonable. It doesn’t make sense to forgive someone who has wronged you, especially if they haven’t expressed remorse. Common sense says you have a right to that anger, to withhold that forgiveness—that it might even protect you.

But the Savior has shown us a higher way. Not only did He freely forgive those who sought forgiveness, He freely forgave those who ignorantly did terrible things. After the suffering in the garden, after being beaten within an inch of his life, after carrying a heavy wooden beam with a crown of thorns crushing his scalp, malefactors pounded large metal spikes into His weary hands. “Then said Jesus, Father, forgive them; for they know not what they do” (Luke 23:34). One could argue that those who deliberately sin must seek forgiveness from God through repentance, but I can argue equally well that the Savior is the most forgiving person to have ever walked this planet. If we intend to be like Him, we must learn to be more forgiving. As retribution and anger give way to charity and acceptance, we shed some of our mortal weakness and replace it with divine characteristics. Whether someone deserves forgiveness or not is inconsequential to our situation. As we learn to forgive, we will become more like the Savior, which has greater value than any sacrifice we make to achieve such growth.

► You'll also like: From Gethsemane to Golgotha: President Nelson's Beautiful Insights into the Savior's Atonement

For some, learning to forgive others will be one of the most difficult things they’ll do in this life. But only good things await those who do. Letting go of injustices will fill our souls with peace and contentment, as the Savior replaces our weakness with His strength. God bless you to have the courage and faith to do just that.