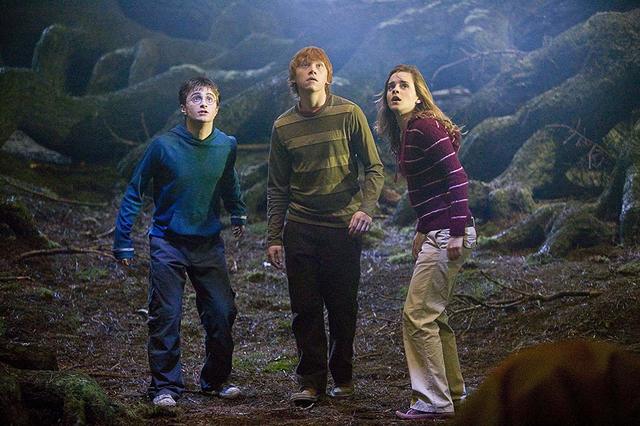 Latter-day Saint Therapist: How Harry Potter Can Help Us and Children with Bullying

In the 2007 film adaptation of Harry Potter and the Order of the Phoenix, our hero finds himself in a confrontation with his parents' murderer, Voldemort, an evil wizard so terrifying that people dare not say his name. Harry has dreaded this moment, which is something his adversary takes full advantage of. Voldemort possesses Harry's body, tormenting his mind with visions of death and suffering, reminding him of his failings, and taunting him for being "weak."

It is at this point that Harry sees his friends, who have come to his aide. They watch his agony with love and concern. He thinks on their experiences together, along with all the people who've ever loved him and have been kind to him. "You're the weak one," he tells his enemy. "You'll never know love or friendship, and I feel sorry for you." This realization gives him the strength to cast Voldemort out of his mind and body.

For the first time, Harry sees his nemesis not as a fearful opponent, nor as a hurtful bully, but as a lonely, pathetic individual whose misery causes him to lash out at others. Harry comes to pity his enemy, recognizing that cruelty and selfishness will prevent Voldemort from experiencing the joys of friendship and love.

Why Bullies Deserve Our Pity

Hurtful people are not happy people. They are not people who have healthy relationships. Generally speaking, they are insecure, a fact they try to hide from other people and even themselves. For these reasons, they are deserving of pity (which is not the same thing as making excuses for them or not holding them accountable for their behavior).

Hurtful people often blame others for their behavior and attitudes. They try to make you believe that if you were better somehow then they wouldn't be so mean. Don't believe it. Even if you change the behavior they complain about, they tend to find something new about you to criticize.

Cruelty comes from unhappiness. I'm reminded of a quote by an unknown author: "Don't expect everyone to love you. Most people don't even love themselves." It's true. Self-loathing drives hurtful, critical behavior. It perpetuates the playground mentality of tearing others down to feel good about oneself. Bullies project confidence to convince themselves and others that they're not as insecure as they actually are.

Remember, people who are cruel choose to be cruel, so don't take responsibility for the way that they are. Like Harry Potter, choose to pity your enemies instead of fearing them. No matter how many minions they attract, they're lonely because they're self-absorbed. When they broadcast how wonderful their lives are, know that they do so to convince others (and themselves) that they're not miserable.

Perhaps this is why our Savior commanded us to “Love your enemies, bless them that curse you, do good to them that hate you, and pray for them which despitefully use you, and persecute you” (Matthew 5:44). He knows all too well that those who hurt others are hurting themselves. His compassion extends not just to victim but to perpetrator. While He holds them accountable, He also loves them and asks us to do the same. In doing so, we prevent hate from entering our own hearts.

When you love cruel people it robs them, to some extent, of their power to hurt you. You come to see their cruelty as a manifestation of their own weakness. This helps you to not take it personally. Then, if you have the strength to do so, love them. Pity leads to compassion, compassion leads to love, and love leads to kindness.

While an unhappy person may not be open to your kindness and may push you away, you can carry love in your heart for them. Love will allow you to rid yourself of animosity towards your enemies, which will help you to be at peace, and might soften their hearts over time.