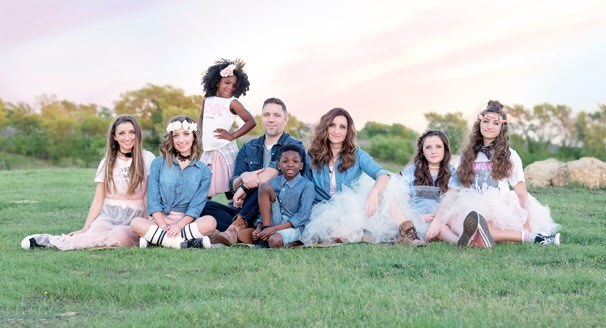 Mindy McKnight didn’t plan to have millions of followers on YouTube—she just wanted to give her daughters cute hairstyles. She began snapping photos of the creative hairdos and putting them in a book so her daughters could choose their look every morning. When ward members and friends asked Mindy to give them tutorials, she decided to start a blog with picture tutorials.

“Then we ran into a hairstyle that really didn’t translate well into pictures, and so we filmed a video and put it on this totally new space called YouTube,” McKnight says. “It did so well that YouTube contacted us and asked us to keep making videos and to join their partner program at the time. The rest kind of just spiraled from there.”

That first video was posted nine years ago. Now, between McKnight, her husband, and her six children, the family has five channels with over five million subscribers on their original channel, Cute Girls Hairstyles.

Parenting in a New Space

But success on YouTube was both a positive and negative experience. On the upside, the videos resonated with thousands of families who then positively interacted with McKnight and her children. But the downside was that the exposure sometimes attracted people who left hateful or ugly messages on the family’s content.

► You'll also like: 9 Mormon YouTubers with Millions of Followers

“It was one of those weird perplexities that go with the internet. It can be a really negative space, but it can also be a really positive space, and you have to learn to control that situation and maximize the positivity while also being aware of negativity,” McKnight says.

As a young mom, McKnight “grew up” with social media platforms and learned to navigate the positives and negative aspects of being online and parenting children who are online.

“If I’m being totally honest, part of the benefit of starting when we did is it sort of grew with us, so it wasn’t like one day we had exposure to it and the next day we had five million followers. It was like this gradual, slow-developing platform,” McKnight says. 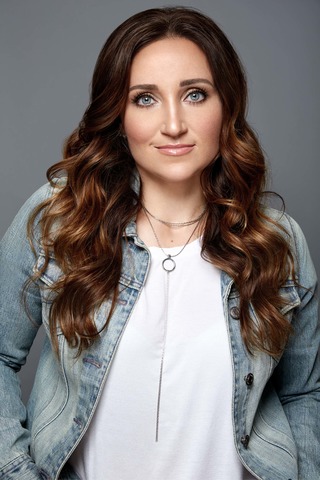 Overall, she thinks positively of these technological advancements and encourages people to take advantage of the internet—but she knows not everyone feels the same way that she does.

“In church meetings, people tend to have a more sour taste towards the internet or social media, how our kids are being exposed to it negatively,” she acknowledges. To those worried parents, McKnight says, “While I agree with you that there’s potential for there to be problems in this space, if you’re using and navigating the tools correctly then you can become an informed parent and then by default inform your children.”

McKnight knows that parenting children in the digital age can be overwhelming, but as she says, “So is everything else! Learning to drive a car is overwhelming, and you would never give your keys to your car to your 12-year-old child to go drive the car one day. Of course driving a vehicle comes with lessons, studying, learning, growing, driving with Mom and Dad first, and being the appropriate age. That’s how the internet is too.”

After receiving numerous questions over the years about how to raise children in a digital age, McKnight turned her knowledge into a book called Viral Parenting: A Guide to Setting Boundaries, Building Trust, and Raising Kids in the Online World. Based on her book and an interview with LDS Living, here are just a few pieces of advice from McKnight for effective parenting online:

Have an Ongoing Conversation about Technology and Your Children’s Experiences

“I definitely think that [technology use] has to be a family, open-ended conversation because it’s changing every day, and so your family is going to address things every day,” McKnight says.

Over the years McKnight has had to keep an ongoing conversation with her children about what they are experiencing and seeing online. She often reminds her children that, for whatever reason, people online feel like they can say whatever they feel like saying, whether it is right or wrong. But she also reminds them that often the people that leave the meanest remarks are the ones that are hurting the most. And these conversations don’t stop with her children’s online habits.

“When you start out having very open and frank conversations, it allows your child to express what they are experiencing at schools and what they’re seeing online in an atmosphere that’s comfortable, in an atmosphere that they feel safe instead of it being ‘I’m the parent and I’m now going to mandate what happens,’” McKnight says. “And as soon as they feel safe, then they start bringing things to the table as well.”

The conversations are important for parents especially because of how quickly technology advances. Inevitably, parents can fall behind, and “even if you are trying your hardest, it’s up to your kids to then educate you,” McKnight says.

McKnight has found that this open communication is actually the fun part of parenting. She enjoys the conversations she and her daughters have about things they’ve seen online or new lingo and phrases kids are saying in school. These conversations keep parents up-to-date on what’s new while also connecting them with their children and their children’s world.

Be Authentic While Still Staying Positive

First and foremost, McKnight says it’s important to recognize that social media is a highlight reel of other people’s lives, so it doesn’t do well to compare yourself with another person when you aren’t seeing the 24/7 reality of their life. Thankfully, more people are moving towards authenticity and honesty in their feeds.

► You'll also like: 5 Things Parents Should Know When Talking to Their Kids About Social Media

“I think that women and influencers across the board are feeling a lot more empowered to show some of the rough edges of their families and their lives,” she says.

But being authentic doesn’t necessarily mean being negative. McKnight and her family choose to “go positive” when they post online, but “going positive” doesn’t mean painting life as perfect, either. To McKnight, being positive and authentic sometimes means opening up about struggles but approaching it from a positive light.

“Sometimes [being positive and authentic] is just being honest with the audience,” McKnight says. As the mother of two adopted children, McKnight says that for her, this looks like her saying, “’I don’t know exactly how to be the perfect adoptive mother. I’ve never done this before, but I would like to learn how to do that.” She adds, “It’s always so refreshing how as soon as you are honest and open and almost bear your soul to the audience, they are so receptive to that.”

But it’s also okay to keep some information and struggles within the family. For example, McKnight and her husband, Shaun, didn’t vocally tell their audience about their son Daxton’s autism until just recently.

The couple waited to tell their audience because McKnight shares, “It was something we were navigating and just trying to figure out what we could share and what we couldn’t share—what’s his story and what’s our story—but also because as we were going through it, it was so, so tender to us as we were learning and growing that we just weren’t ready to share that with everybody.” After a lot of prayer and discussion, however, the family decided that now was the time to start talking about Daxton’s autism and let people know “what we’ve gone through and that it’s not always perfect and it’s not always easy.”

Be a Present Parent Online

In her book, McKnight writes “If you’re going to have a child online you’re going to have to be a parent online.” This means being aware of your child’s space online by being online yourself, following your children’s social media accounts, and having your own account that you can learn and navigate. It also means taking advantage of the resources online that can help you and your children manage the digital world.

- Use comment filters, which help eliminate comments with hateful or inappropriate language.

- Limit geotagging, preventing people from seeing where you are posting from.

- Limit your children’s ability to download apps without parental permission.

- Use an app or phone feature (like iPhone’s “Screen Time”) to monitor what kids are doing with their phones throughout the day.

“Definitely utilize the tools that are there so it makes your life and your job [as a parent] easier,” McKnight says.

► You'll also like: 4 Tips for Managing Your Family's Screen Time

You can also use non-digital tools like an old-fashioned written contract with rules about technology. In her book, McKnight goes into detail about the contracts she creates for her children’s phones, laptops, cars, and other tech. McKnight and her husband go through every single bullet point with their kids and have detailed conversations about the rules before the children even touch the tech. Both parent and child sign this contract. This way, the children know exactly what their responsibilities are and have agreed to the consequences if they do not keep their end of the contract.

Still, McKnight says, “There are times where my kids push back. My kids are normal kids. There are times when they’re really irritated by the rules or moody around the house because I’ve taken their phones away, and there are times where they are like, ‘Mom, we don’t think this rule is fair and this is why.’ And if they can explain to me in a valid way, then we have that conversation.”

Despite the perks of staying connected through technology, McKnight says nothing can replace face-to-face contact. “Having family dinners, playing at the park, being out in nature—those are things that you can’t replace just by being online all the time,” she says.

Take time to put away phones, turn off the Wi-Fi, and be together as a family. Over the years, McKnight says that talking about aspects of her family life—like family home evenings, focus on family dinners, and family council—resonated with her audience, even those that weren’t Latter-day Saints, because those moments were “aspects of their family life they [the audience] also want.” In an increasingly digital world, those analog moments are even more valuable and essential.

McKnight explains that parenting can be challenging for mothers and fathers because the only examples they have of parenting were people who raised children in a pre-digital age. She says we typically learn how to parent from our parents, but her generation of parents didn’t have exposure to the digital world, leaving McKnight and others in a position where they don’t know how to raise children in this new environment.

“In a weird way, we become that bridge,” McKnight says. “We are the generation studying the rules. We are the parents now beginning to create the rules for our children and for their future generations, and I just feel that weight and take it very seriously, and that’s why I think it is so important that parents educate themselves and have these conversations. 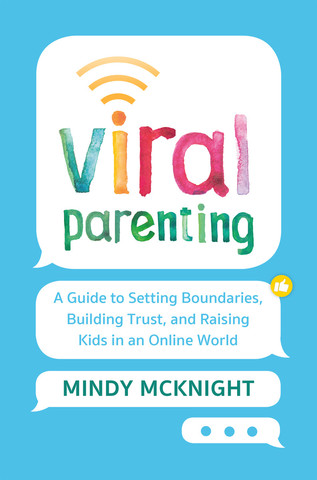 Mindy McKnight's book Viral Parenting: A Guide to Setting Boundaries, Building Trust, and Raising Kids in the Online World is set for release in April 2019.