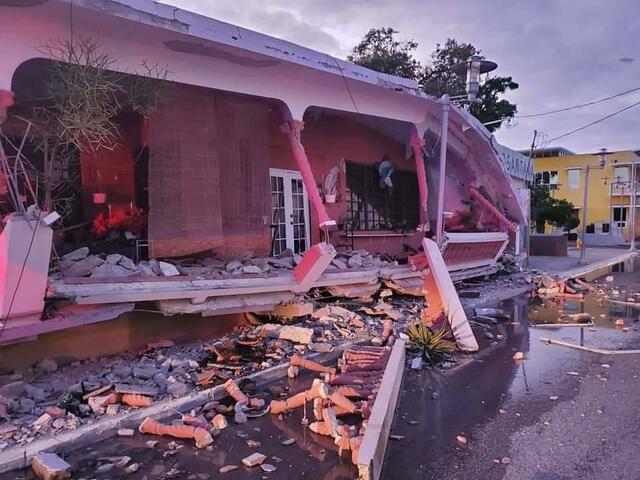 The Caribbean Area Presidency released a statement asking Latter-day Saints to come together in faith following the 6.4-magnitude earthquake in Puerto Rico on Tuesday, January 7.

“In view of the situation, we invite you to unite our faith for the benefit of those who are suffering,” reads the statement released on Saturday. “This may include offering personal and family prayers, making special fasts and even performing simple acts of service wherever possible.”

Over 500 aftershocks have been felt on the island since the earthquake struck the country last week, killing one and injuring nine others. Though the disaster might seem small in scale to some, in the days that have followed, thousands have been displaced and hundreds of thousands are without reliable power, according to Church News.

Elder Jorge M. Alvarado, General Authority Seventy and a counselor in the Caribbean Area Presidency, shared with Church News about the situation of the country as he’s ministered with other local leaders to those who have been displaced.

“The situation is desperate, in some ways, because people cannot return to their homes,” he said.

Drinking water, food, hygiene supplies, and other items have been purchased by the Church to help in the aftermath of the disaster. Additionally, missionaries are helping humanitarian relief partners set up tents used for shelter, and Church leaders are buying and distributing items as needed. Mental health professionals are also available to assist Latter-day Saints, and missionaries and members are participating in service projects.

Elder Alvarado told Church News that he’s been encouraged to see how Puerto Ricans have come together during this time of crisis.

“People are saying, ‘This is another trial — let’s take it with a good heart,’” he said. “Our message is to keep praying for the safety of our families. The Lord is listening.”

READ THE FULL STORY AT thechurchnews.com.

Earthquake Puerto RicoEarthquake,Puerto Rico,
Comments and feedback can be sent to feedback@ldsliving.com