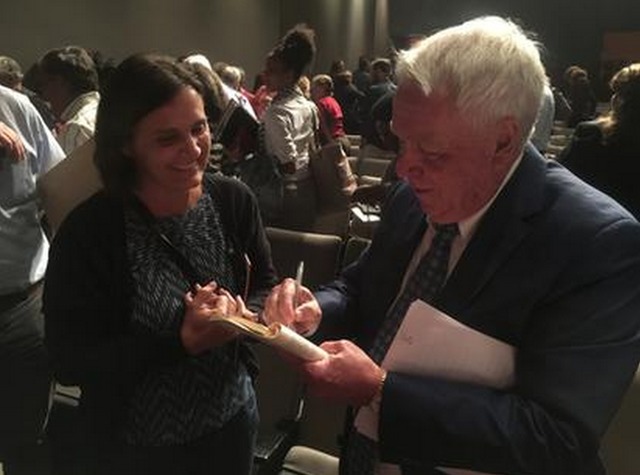 Lecture Shows that Restrictions on Blacks & the Priesthood Was Policy, Never Doctrine

Lester Bush said Thursday night he couldn't imagine the future positive historical developments for blacks in the LDS Church when he wrote his landmark 1973 history about the restriction on giving blacks the priesthood.

"Almost everything has changed, and all for the good, beginning with the priesthood revelation of 1978," he said while delivering the keynote address for "Black, White and Mormon: A Conference on the Evolving Status of Black Saints within the Mormon Fold" to about 200 people in the Dumke Auditorium at the Utah Museum of Fine Arts on the campus of the University of Utah.

The revelation immediately led to blacks being ordained to the priesthood and entering temples in The Church of Jesus Christ of Latter-day Saints. Other milestones include the calling of three black general authorities, African-American stake presidents in the deep South and the creation of 26 African missions and five African stakes other than those in South Africa