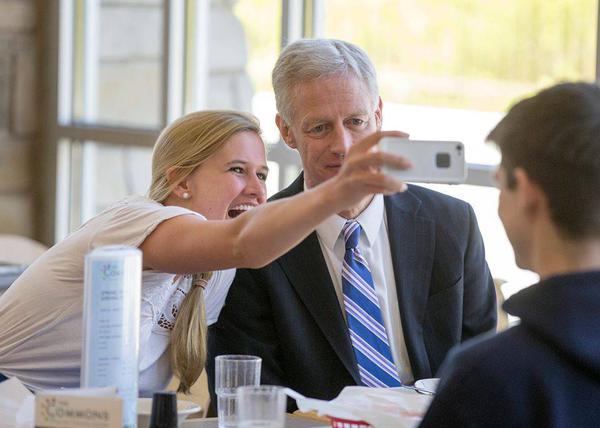 Lessons from the Life of New BYU President Worthen

When the principal pinned Kevin Worthen against a wall in the junior high hallway, the skinny ninth-grader was understandably speechless.

It was the only time Worthen ever saw his father lose his temper with him, and he couldn't understand why.

One moment, the younger Worthen was nudging a friend and pointing toward a ripped phone book dangling from the hallway pay phone. The next, the 5-foot-8 kid was pinned against the wall looking up into the 6-foot-4 principal's eyes.

"Don't you ever do that again," his father said.

"My dad was very, very kind," Worthen said in an interview last week. "He was very kind and he demanded, if you will, that we be kind to other people."

It turned out that just as Worthen was pointing at the torn phone book, the most unpopular girl in the school — "the one everyone made fun of," Worthen said — turned the corner right by the pay phone.

Although his dad misunderstood — Worthen was pointing at the phone book and not the girl — it still made an indelible impression on the teenager.