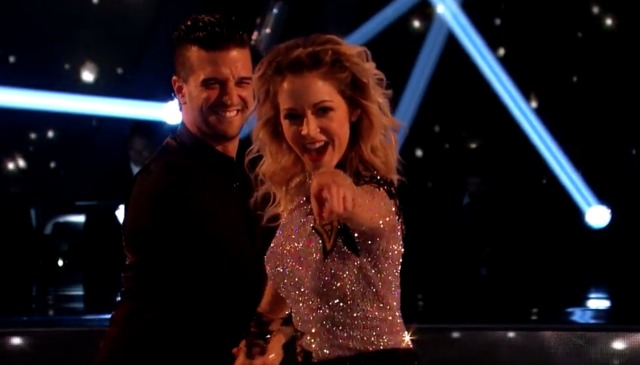 Lindsey Stirling's smashing premiere performance on Dancing with the Stars last night earned her high praise from the judges, with Len Goodman calling it "the dance of the night."

The performance tied her and her dance partner, Mark Ballas, for the top score of the night, earning 22 out of 30 with their "electric" Cha-Cha routine.

"I was expecting you to be great at the lyrical dances, the foxtrot, the waltz,” Goodman said. “You come out there with that cha-cha-cha, it was crisp, it was clean."

Though she's performed several times on the show as a violinist, Stirling says she always wanted to compete on the show as a dancer. And her first performance did not disappoint judges, who gave only slight deductions in her score because of her posture.

Not a bad start for "Team Stark."