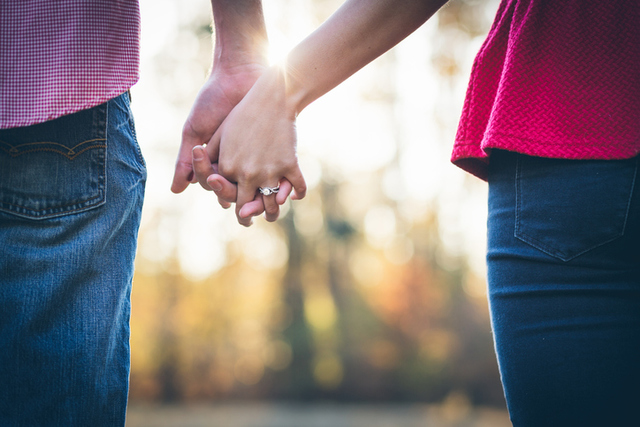 Listen: How a Game of Quidditch Led to Marriage + Other Unique Latter-day Saint Love Stories

Rylan was praying to find the right girl, and Diana just wanted to prioritize dating among the other things in her busy schedule.

It was summer, and while at the temple one night, Rylan was told by a temple worker that he should volunteer there in the following months.

It was the first of many miracles that reunited Rylan with Diana, a girl he had met only once before.

“In my mind, I knew that Wednesday nights was the only night that I was going to be able to work [in the temple],” says Rylan, who was also completing an internship, “and I didn’t tell that to him, but he said, ‘and we could really use an extra brother on Wednesday nights.’”

Rylan accepted, and it was during his last shift at the temple before heading back to school that he saw Diana, and he couldn’t get her out of his head.

“About an hour later," he says, "I was thinking about it. This temple session had ended, and I was trying to put my finger on it—where she was from? And I could only picture her in athletic clothes, wearing these baggy gym shorts. And I was like, ‘Where is that girl from?’”

“I finally realized that we had overlapped by a few weeks at the Missionary Training Center, and we had gym time at the same time,” he says, remembering that she had participated in a game of quidditch he had organized while there.

Rylan had a strict no-flirting-in-the-temple policy, but seeing Diana in the parking lot after the session, he knew he had to talk to her.

“I ran up behind her and said, ‘Excuse me, did you serve your mission in Ukraine?’”

To hear what happened next, or to learn about three other unique love stories, listen to the full This is the Gospel podcast below:

Mormon Life Podcast LovePodcast,Love,Mormon Life
Comments and feedback can be sent to feedback@ldsliving.com