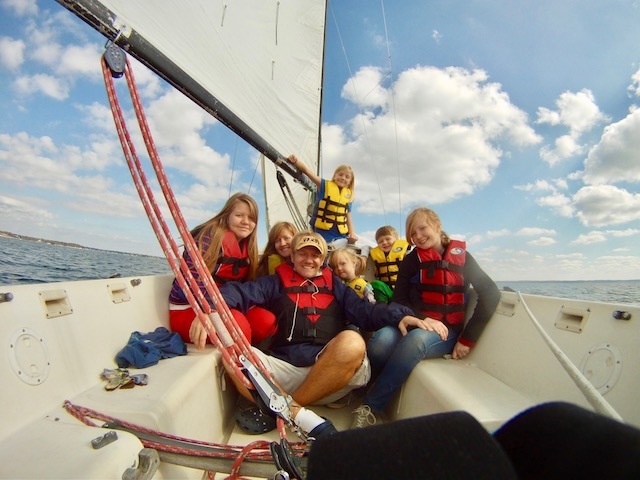 Listen: How an Off-Broadway Play Producer Overcame Failure in a Year-Long Sailing Trip Around the Caribbean

The word played like a bad song on repeat through Erik Orton's subconscious while he sat on cold stone steps eating a soggy tuna sandwich.

The staccato word was a stark contrast to the sweet melody of success that had filled Erik's life just a short time ago.

► You'll also like: Why a Latter-day Saint Family of 7 Left Everything to Spend a Year Together on a Boat

After moving to New York, Erik—a Latter-day Saint, husband, and father—had brushed shoulders with some of the most notable in the theater business as he managed broadway shows.

"He was meeting famous people in the elevators. He was able to go to shows. And his first business trip was actually flying to Canada to collect the Tony Awards out of the cabinet for a company that his company was acquiring," Erik's wife, Emily Orton, says in a This Is the Gospel podcast.

During this time, Erik worked hard in an incredibly competitive and demanding career field until, finally, it began to show. He had risen the ranks within his career and had produced his first off-broadway play, pouring all of his energy and time into fulfilling his dreams.

But after only two weeks, the show closed. It was a complete financial loss and a devastating blow to Erik.

"I had staked everything on this," Erik says in a This Is the Gospel podcast. "I believed if I gave it my all, it would have the best chance of succeeding."

All this time, Erik had worked for people in the theater industry doing big shows like Les Miserables and Phantom of the Opera. And when he finally struck out on his own, he had failed. Failed so big and so hard that he was embarrassed to go back to the theater industry.

"I felt like I couldn't just take any job because I had my pride," Erik says. "I didn't want to work for somebody else anymore. I really wanted to launch out on my own and yet I had failed."

For the Ortons, money was tight in the ensuing months as Erik struggled to regain his footing in the theater industry. Though Erik and Emily did everything they could to scrimp and save, it became clear something had to be done to help make ends meet.

And so Erik began temping at an investment bank in the evenings, continuing his creative work during the day.

"Meanwhile, back at home, Emily was doing everything she could to raise our three daughters who were ages 4, 7, and 9, plus our newborn son," Erik says. "And she was trying to keep us fed on a very scant paycheck that I was bringing home. . . . She started to open up the food storage that we kept in our apartment in case of an emergency."

And part of that food storage included the canned tuna that would go into Erik's sandwiches that he ate on his dinner break while watching the boats sail up and down the Hudson River.

And one night, the compounding feeling of failure—of being trapped in a suffocating job he couldn't afford to quit and wondered if he would ever be able to leave, of eating soggy tuna fish sandwiches every night, of constantly worrying about providing for his family—made Erik feel completely overwhelmed.

"And so I sat there in this self-pity looking at my pathetic dinner and this young banker in crisp clothes walks by," Erik says. "He's talking on his cell phone and I'm sure the job provided his cell phone and they probably gave him an unlimited minutes plan. And he had like this full-sized box of pizza under his arm that I'm sure was completely for him and probably paid for by the company because he was working late. And I couldn't stand it. . . . All I wanted to do was provide for my family and I was tired of feeling like a failure."

As Erik watched the sailboats go up and down the Hudson that night, he began to wonder if a sailboat could just take him away from all of his problems and worries. It was a ludicrous thought. Erik knew sailing away would not solve his problems. He had always thought that sailing was for the wealthy, something he and his family definitely couldn't do while living on meager means. But watching the boats glide serenely through the Hudson the thought sparked something inside of Erik. The challenge, the adventure, the impossibility of it all made him wonder, could he do it? Could he learn to sail?

Shortly after, Erik was hired full-time at the investment bank he had temped for, adding some stability to his family's finances. As the sting of failure began to fade, Erik also began making progress in the theater industry again.

Slowly, things began falling into place for Erik's dream of sailing with his family. After scrimping and saving and taking a second job, Erik, Emily, and their two oldest daughters began taking sailing lessons, which happened to be just down the street from where he worked.

Five years after feeling like a failure had colored his life, Erik and his family did something they never dreamed of: they bought a sailboat and went on a year-long sailing trip around the Carribean.

Sailing with clear blue water, the boat, and his family, Erik no longer felt like a failure. This crazy adventure, this impossible dream of sailing with his family when they barely had enough money to make it by, had come true. And it had healed him in a way that he could never have imagined.

"It was life-changing," Erik says. "This whole experience was something that I never could have imagined for myself or family as I sat on those cold marble steps eating my soggy, tuna fish sandwich."

Listen to the full podcast about the Orton's story below: 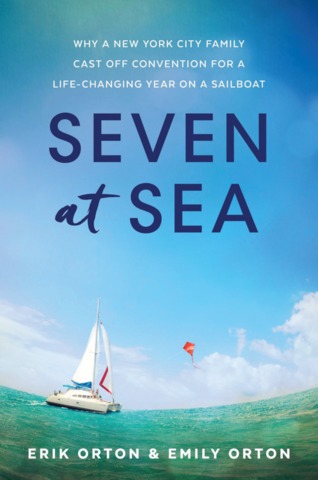 A New York City family's remarkable story of how they gave up their urban life, packed up their family of seven, and braved the difficult conditions of the Atlantic Ocean as they sailed more than 2,500 from New York to and around the Caribbean.

Working the night shift as a temp in a high-rise cubicle, Erik Orton knew something had to change. He felt the responsibility of providing for his wife and their five children—the youngest with Down syndrome—but craved a life that offered more than just surviving.

Watching the sailboats on the Hudson River during his sunset dinner breaks, Erik dared to dream. What would it be like to leave the hustle of the city and instead spend a year on a sailboat, somewhere beautiful, as a family? Despite having no sailing experience, his wife Emily's phobia of deep water, and already stretching every dollar to pay rent and buy groceries, the family of seven turned their excuses into reasons and their fears into motivation. Sure, they would miss their friends, the could go broke, they could get injured or die. Worst of all, they could humiliate themselves by trying something audacious and failing. But the little time they still had together as a family, before their oldest daughter left for college, was drifting away. The Ortons cast off the life they knew to begin an uncertain journey of 5,000 miles between New York City and the Caribbean, ultimately arriving at a new place within themselves.