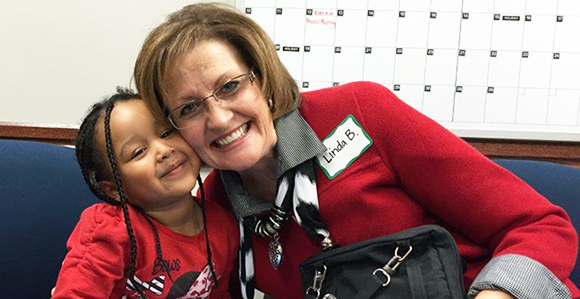 Listen: Sister Linda K. Burton and the Miraculous Story She's Felt Prompted to Share with Women from All Over the World

Editor's note: Exciting news! This Is the Gospel is going to be joining Deseret Book at Rootstech 2020 on February 27 and 28 in Salt Lake City. We are going to be there Friday and Saturday helping you learn how to record your own audio stories for family history and sharing our top tips for telling them well. And, as always, we’ll also be gathering your story pitches for a few special episodes we’re planning for season three.

This week's episode of  This Is the Gospel reshares an episode from season one featuring stories around the power of our ancestor's faith stories to lift us and help us as we navigate our own stories of discipleship. Read part of Sister Linda K. Burton's story below or listen to the full episode here.

Staring at an outline for a message she planned to share, former Relief Society general president Linda K. Burton would sometimes feel it wasn't right.

Instead, she would feel prompted to share another story, one she knew well. And as she looked over the pulpit at the faces of women from around the world, she knew this story would help someone, somewhere.

After all, it had helped her.

The story is a personal one—a story that originates in Sister Burton's family history given by her great-great-grandfather Joseph. 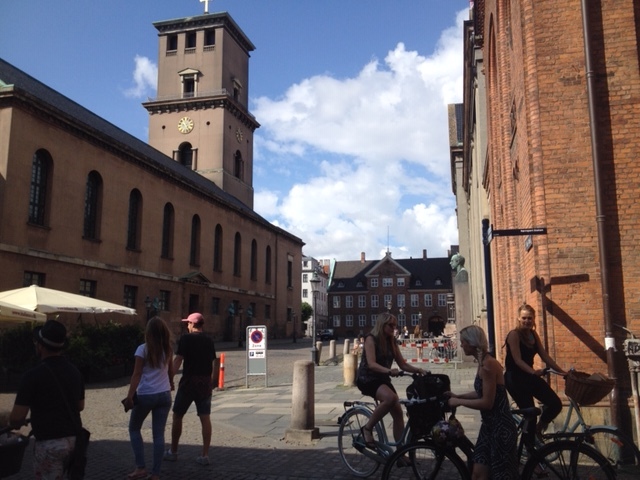 At the time of the story, Joseph was only 10 years old living in Copenhagen, Denmark, in 1874. Times were hard; his father was in the hospital and out of his work. His mother was pregnant with their seventh child and charged with taking care of the children and struggling to stretch their thin resources thinner to help with their finances.

But it wasn't enough.

"They get to the point where the landlord says, 'Pay up or move out.'" Sister Burton shares in the podcast. "And as it always happens in sad stories, this is in the middle of the winter."

Not knowing what else to do, Joseph's mother gathered all of her children and offered a pleading, heartfelt prayer to God after the landlord left.

"She tells Heavenly Father she's done everything she can do," Sister Burton says. "She can't do any more at this point in her life. . . . She told Him that she couldn't think of anything else that she could so could He please, please help them." 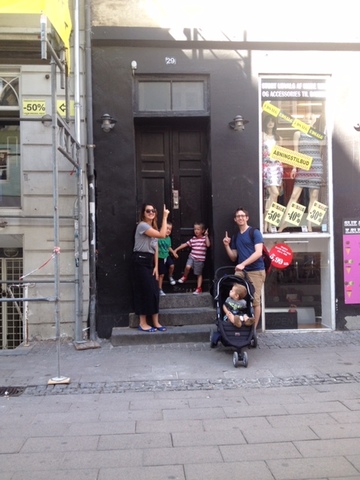 As a young mother herself trying to make ends meet during the economic struggles of the early 1980s, Sister Burton says this part of the story resonated with her. As she read the words of her Danish great-great-grandfather written in broken English, she felt especially connected to the great-great-great-great-grandmother she had never met on this earth.

"The timing was quite significant because we had had quite a draught in our finances, so this resonated with me," Sister Burton says. "I could feel, to a degree, what [my great-great-great grandmother] must have been feeling, so I was grateful to have a story to hang my hat on."

As Sister Burton shares in the podcast, Joseph's mother remained on her knees a while after the end of that desperate prayer.

"She said, 'I have a feeling Heavenly Father is going to send someone to help us. I don't think He's going to let us suffer anymore,'" Sister Burton shares. 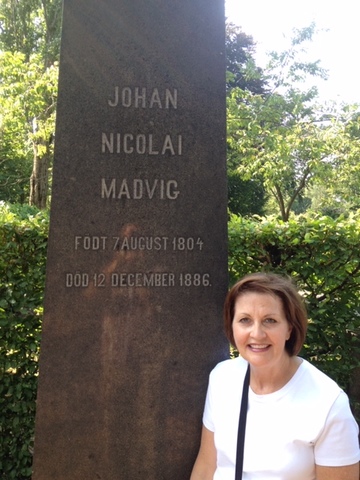 The very next day, Joseph and his older brother were looking out the window of their two-story apartment, watching the snow fall, when they saw the thing they dreaded the most.

A man was walking toward their apartment—a well-dressed man who looked like a police officer sent to evict his entire family in the middle of winter.

What happens next is adapted from Sister Burton's own words on this week's episode:

This man says to her, "Are you Mrs. Care?" which kind of takes her back because she doesn't know who this man is. She says, "Yes, that's me." He says, "My name is Johan Nikolai Modvic. . . . I had a dream last night that there was a hard-working woman," and then he gives the address 29 Field Strada, "who needs my help. I'm here to help you. How much money do you need?" She tells him that she needs 30 krona, to bring it current. He immediately gives her the money. And of course, she's just overwhelmed at the generosity of this man. She has no idea who he is.

He gives her a card and says, "If you need any more, this is how to contact me." She goes to kiss his hand and he kind of pulls away and says, "Don't thank me. You thank the Lord because the dream I had came from Him." And then he leaves. And as a sweet young mother, she gathers her children before she does anything else, and kneels in prayer again, and thanks the Lord for sending help in their hour of need, and then she says to the children, "Don't ever forget this. And don't forget the name of this man."

Listen to the podcast below to hear how this story has influenced Sister Burton throughout her life. 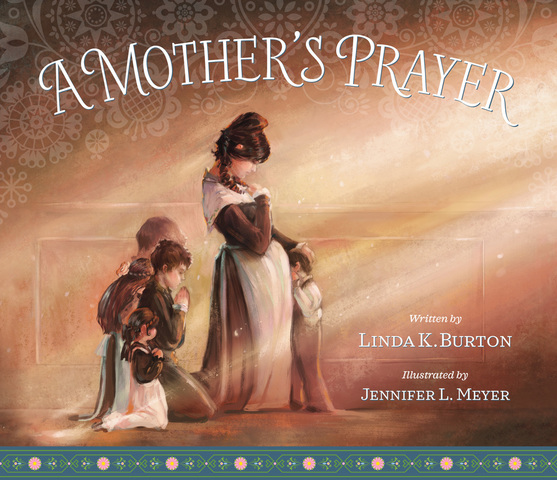 Sometimes it's hard for kids—or even grown-ups—to understand the power of prayer. Through this sweet tale drawn straight from the family history of Sister Linda K. Burton, former Relief Society General President, you can help your children feel the Spirit and know of God's love and concern for them.

The year is 1874, and ten-year-old Joseph lives in a humble home in Copenhagen, Denmark, with his mother and four siblings. His father has been ill in the hospital for months, and though his mother works hard trying to provide for the family, she is unable to pay three months' rent. One night, Joseph overhears his mother pleading with the Lord for help. Joseph knows their situation is desperate and he wants to believe help will come—but how? How would they stay warm? Or would their prayer somehow, miraculously, be answered?

This true story and the charming illustrations that accompany it will transport you back in time, teaching your children that our Heavenly Father is always listening to each one of us and is always eager to help if we will ask in humble prayer.