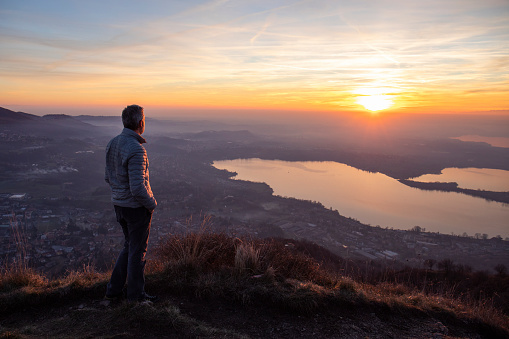 Listen: The Miraculous Way This Latter-day Saint Found Peace After Blaming Himself for His Friend's Drowning

It was the perfect day.

The sky was blue with white billowy clouds passing by the high Uinta Mountains of northeastern Utah. Phil and his friend Tim were on a weeklong scouting trip camping near a serene mountain lake.

"Tim asked if we thought he could swim across this bay," Phil says in a This Is the Gospel podcast. "And he was in really good shape, a really strong, healthy kid—stronger and healthier than I. And I told him that I thought that he could, and I encouraged him to do it. And then he dove in."

Grabbing Tim's clothes and a towel, Phil and another Boy Scout raced across the beach to meet Tim on the other side of the bay. Everything was so calm, so quiet that Phil says he could hear every stroke of Tim's arms in the water, every breath he took as he made his way across the cold mountain lake.

But then, something terrible happened.

Looking out across the water, Phil and the other scout could see Tim's stroke had changed.

"We had a bad feeling come over us," Phil remembers. "We knew that he was in trouble."

By the time Phil and his friend raced to the other side of the bay, all they could see was Phil's hands as he struggled in the frigid water, trying to keep his head up and fighting for his life.

Phil and his friend offered a quick prayer, but by the time they lifted their heads, they couldn't see Phil anymore.

But that harrowing reality hadn't yet set in as Phil went to grab a log and the other scout was already wadding waist-deep into the water, ready to dive in to rescue Phil.

But something almost unexplainable stopped Phil and the scout in their tracks.

"We heard this voice," Phil says. "And I don't know where the voice came from but it was a voice that came to us—not a calm or a nice voice, but it said, 'Don't go in there. The same thing will happen to you.' And it just stopped us."

Stilled and looking at the now-glassy lake, Phil didn't know what had just happened. Just minutes before, he and Tim were having the perfect day at a lake. Now, after a freak accident, his friend was dead.

In a shock-induced daze, Phil and the other scout made their way back to camp to share what had happened with their leader.

Then, Tim's brothers came into camp.

Though it was the mid-1970s, word somehow got out about what had happened and a helicopter with divers was sent to recover Tim's body.

Meanwhile, Phil, who had shared a tent with Tim during the camping trip, began the heart-rending task of packing his friend's belongings to bring back down the mountain to Tim's family.

"I started to put away his sleeping bag and his pillow, and underneath his pillow was a little Articles of Faith card," Phil says. "And I thought then, and I knew then, that our Heavenly Father had taken the wrong person. And so I prayed with Him and told Him that and pled that if it could be me, I'd rather that that be the case."

From that point on, Phil blamed himself for the accident. Though it was no one's fault Tim had died, in his mind, Phil had encouraged Tim to swim across the bay and Tim's death was on his hands. And for years following the accident, not a single day went by that Phil didn't think that he had robbed Tim of his life.

In some ways, Phil moved forward in the years following the accident. He even served a Latter-day Saint mission and he married his childhood sweetheart. But always, Phil thought about Tim and blamed himself for his friend's death.

Though Phil's wife and a few others knew what had happened, Phil didn't share the enormity of the burden he carried or the secret, silent agony he inflicted on himself every day when he thought about Tim.

Then, 14 months to the day after he was married, Phil became a father to a beautiful baby girl.

"I was changing her diaper, probably when she was just about a week old, and recognizing how precious life was and what a beautiful thing it is to be a father and just this miracle of life," Phil says. "And then, of course, this came into my mind, this daily visit. And I knew that I needed to be more than I was in order to be the father that this daughter deserved."

Kneeling in prayer, Phil shared his hidden burden of self-blame and anguish with God.

"I remember telling my Heavenly Father that I was sorry I hadn't been more responsible," Phil says. "That I was sorry I hadn't been a better friend and promising Him that I would be better. That I would try, in fact, to live the life that I was born to live and make up, hopefully, in some small way for Tim's life and for that loss. And I asked Heavenly Father to take this burden from me."

Phil didn't know it when he rose from his knees, but his prayer was answered.

The next day, for the first time in years, Phil didn't think about Tim. Like the staggering shock that comes when a great weight is suddenly and unexpectedly lifted, Phil didn't fully realize that he had gone an entire day without thinking about Tim until the following day.

Though Phil's heart still breaks when he thinks about Tim and the life he could have had, Phil doesn't shoulder the blame for the accident like he used to.

And last summer, for the first time since the drowning, Phil and his wife made the hike up the Uintas to the same lake where Tim passed away.

It was another perfect day.

Walking around the lake, they found the peninsula where Phil watched Tim take his life breath.

"There wasn't guilt there," Phil says. "There was peace and there was calm and serenity."

He continues: "I still look forward to meeting him again and saying sorry to him. But I don't think the sorry will be from me; I think it will be from him as well. I have robbed him of a lot of life's treasures, but I know that he has understanding and that he sees the big picture. And I know that he's okay."

Phil says this experience helped him understand that the Atonement isn't just about repentance, "it's about living a life that is full of peace and happiness." 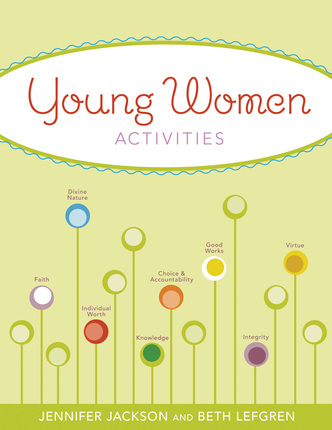 Find out more about our prophet's life in Insights from a Prophet's Life.