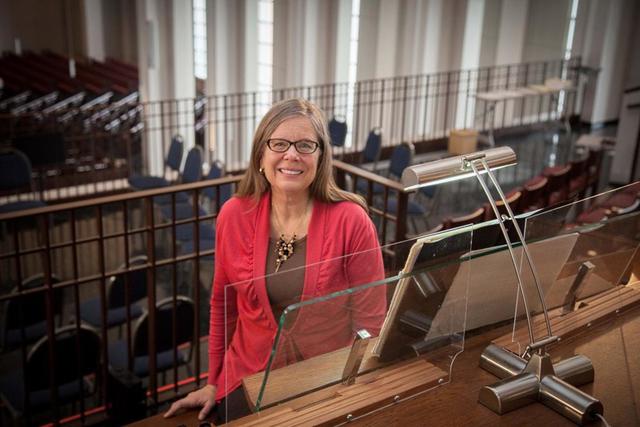 Lutheran Music Minister About LDS Pioneers: "That Kind of Fortitude Staggers Me"

What an inspiring way music can bring people of different religious backgrounds together.

Tabernacle organist Linda Margetts first met Dr. Bill Brusick, minister of music at Trinity Klein Lutheran Church in Spring, Texas, in the Conference Center at Temple Square in Salt Lake City. She invited him to play the Conference Center organ following the noon concert that he and his wife attended. According to Dr. Brusick, an organist himself, “She spoke seven magical words to me which were … do you want to play the organ?”

That encounter resulted in a reciprocal invitation to Sister Margetts to come to his church and play Jan. 29 at an organ concert he was arranging. She accepted. Fitting for such an occasion, Dr. Brusick decided to compose a special piece based on the LDS hymn “High on the Mountain Top,” for her to play at the event.

In addition to music, the two bonded over the similarities between the two pioneer groups, the Mormons that came to the Salt Lake Valley and the German Lutherans who settled the Spring area in the 1870s.

Dr. Brusick researched the story of the Mormon Pioneers from “Joseph Smith and the plates, their move to Ohio, Missouri and Illinois, Brigham Young taking them the rest of the way, the whole bit,” he said.