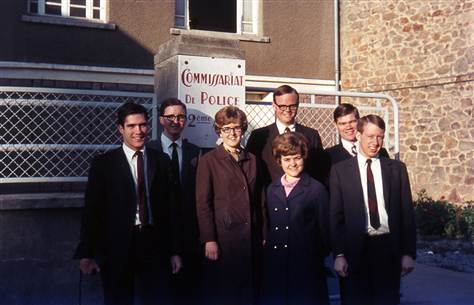 To understand why Mitt Romney persists in the face of rejection, opposition and indifference from his own party, look no further than the two and a half years he spent in France, getting up at 6:30 a.m. every day to venture forth and have doors slammed in his face for 10 hours.

The fresh-faced Latter-Day Saints who came to France in the late 1960s to preach the message of Jesus Christ — of whom Republican presidential candidate Romney is the best known — discovered a secular and skeptical populace, and few willing converts.

On bad days, the young Americans were greeted with guns, or barking dogs chased at their heels. Romney has said his mission, which took him through Le Havre, Paris and Bordeaux, was testing.

Read the rest of this story at msnbc.msn.com