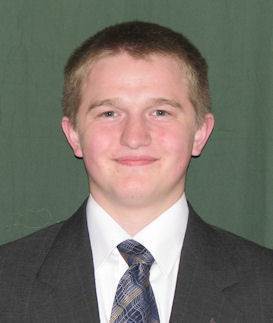 It was faith that landed Patrick Hiltbrand in the path of a tsunami last week, but arguably it was also his faith that got him out —as he survived the deluge in the upper floor of the Church of Jesus Christ of Latter-day Saints in the small town of Tagajo.  Despite the ordeal he has survived, he so far has no intention of leaving Japan soon, and that too has to do with his religious convictions.

“Right now, I’m here in Japan for two years to serve God,” said the 20-year-old speaking from a mission in Sapporo. He is determined to return to the disaster zone to help with recovery, but awaits instruction: “My (mission) leaders are receiving guidance from God,” he said.

For members of the Mormon church, going on “mission” is a rite of passage. At any given moment there are about 52,000 Mormon missionaries working around the world — most of them between 19 and 21 years old. In order to remain focused of their religious work, they are asked not to watch television, follow the news or call their families and friends. On their one day off a week, they can write letters or email.

Hiltbrand, from Pocatello, Idaho, is the third son in the family to go on mission, but the first to be sent overseas. Being chosen for Japan was "beyond his wildest dreams," said his mom, Corrie Hiltbrand. He had been evangelizing in Sendai area of Japan for about 15 months when the quake struck.

Dressed in the standard issue white-shirt-and-tie, he and his “companion” Yuji Aiura — Mormon missionaries always travel in pairs — had arrived by bicycle to a small restaurant in Tagajo, a river town about two miles from the ocean.
Read the rest of this story at msnbc.msn.com