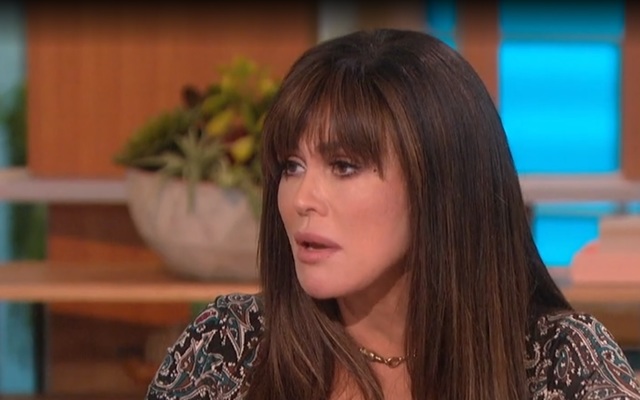 “I have never spoken about this before,” Marie Osmond said on Tuesday’s episode of The Talk. “My son who died, he was bullied.”

Marie's son, Michael was 18 years old when he passed away in 2010. "He was bullied very heavily up until the time he committed suicide because of his sobriety," Osmond shares. "I've got the texts. I mean they are horrendous, and I never took action against it. But, I can tell you, honestly, I believe that that was a big component in him just feeling overwhelmed and that he didn't fit in."

Marie confided that she knows the three people who bullied her son. "Maybe it's not a bad idea to have some kind of consequence, because it's getting out of hand," she adds. Guest co-host Rumer Willis opened up about the past bullying she experienced: "I got bullied very, very badly in school when I was younger, very badly. And I truly don't know what would have happened to me if I grew up right now. The issue is the systemic bullying, especially [on] social media."

► You'll also like: The Sad Truth About Bullying at Church

A week after Michael's passing, Marie performed a song for her son—"my angel"—explaining that her faith and spirituality were helping her cope with his loss. "Little did I know I would be relying on my faith, especially as much as I did this past week," she said.

The pain and grief of losing Michael is something Marie still faces today, nine years later. "I don’t think you’re ever through it,” she told CBS Sunday Morning. “I think God gives you respites, and then all of a sudden it’ll hit you like the day it did. The ripple effect is so huge, what you leave behind.”

But Marie and her family have found hope through the gospel and the Atonement of Jesus Christ.

► You'll also like: Bullying at Church: One Child's Tragic Story

After Marie's nephew, Troy Dean, passed away in December 2018, she shared on social media how her own loss helped her comfort her brother Merrill and her sister-in-law Mary.

"I know that feeling of utter despair, praying to wake up from a horrible nightmare and not being able to breathe. . . . As time went by, I discovered the only way possible to survive this terrible time was to keep my eyes on the Savior. Because of my experience, I was able to tell Merrill and my sister-in-law Mary that I knew how devastating the loss of a child was but they would be able to get through it if they kept turning their hearts to Him. This horrible day for my brother and his wife is what the Savior died for. He gave His life not just for our sins but also for our pain and suffering. The inexplicable grief they are feeling will lessen over time, I know that…because I lived it. The loss is indescribable but God can bless us with respites in between the grief if we but ask. I have always had a desire to study Gods word and I believe fervently that life goes on, both on this side and in heaven. From the learning I have done and the losses in my life, I have gleaned that one of the most important reasons the Savior appeared to so many after His death and resurrection was to show people how life indeed went on."

On the seven-year anniversary of Michael's death, Marie testified of the plan of salvation and resurrection. "I am so grateful for the knowledge, especially today, of God's Great Plan of Salvation. It offers hope to all that life does not just begin at birth nor does it end at death," she wrote on Facebook. "Russell M. Nelson says death is a necessary step to our path to return back to our Heavenly Father. 'Returning from earth to life in our heavenly home requires passage through—and not around—the doors of death. We were born to die, and we die to live. As seedlings of God, we barely blossom on earth, but we fully flower in heaven.' . . . Through Christ's atonement, it is wonderful to know that we will ALL enjoy a resurrected body someday and that I will be able to embrace my Michael tightly again in my arms and never let go."

Lead image a screenshot from The Talk