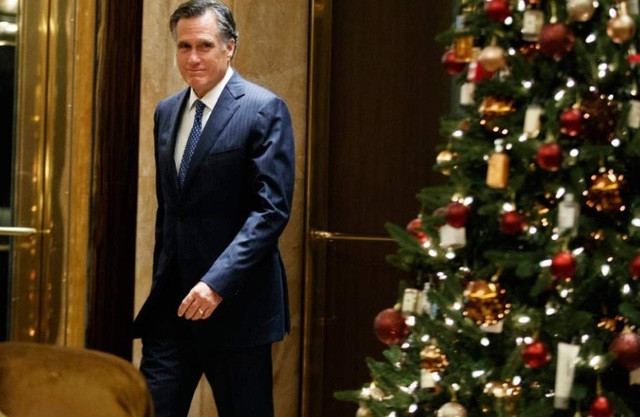 Recently, Mitt Romney shared with The Salt Lake Tribune a bit about his recent "political journey," one he admits "was surely not so bizarre as the 2016 campaign." Romney, who was a vocal critic of Trump during the presidential campaign, admits he was critical in the past but that he hopes "that he will be successful in fostering greater prosperity and peace."

As one of the top contenders for the secretary of state position, Romney met with Trump on two different occasions. After his second meeting, he said the discussions gave him "increasing hope that President-elect Trump is the very man who can lead us to that better future."

In his latest article with The Salt Lake Tribune, he added: "I was more than a little surprised that the president-elect reached out to me to potentially serve as secretary of state of the United States. I see it as a welcome sign that he will be open to alternative views and even to critics."

After Mitt Romney was not selected as secretary of state, he announced on Facebook that it was an honor to even be considered, adding recently that, "if I could have helped shape foreign policy to protect the country I love, I would have been more than willing to do so."