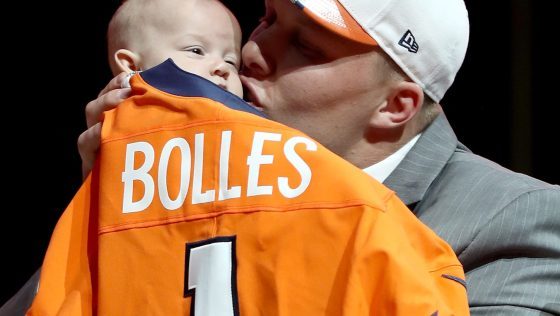 More Returned Mormon Missionaries Than Ever Are Playing in the NFL

No official records have been kept, but experts who follow Mormons in the National Football League believe that there were more returned LDS missionaries on NFL rosters when the 2017 season kicked off earlier this month than at any time in league history.

► You'll also like: From Homeless Teen to RM and NFL First-Round Pick: How the Gospel Strengthens Garett Bolles

Through opening weekend, Sept. 7 to 11, no fewer than 10 professional football players who also served missions for The Church of Jesus Christ of Latter-day Saints dotted the rosters of the NFL’s 32 teams.

The list includes five players who starred at LDS Church-owned Brigham Young University, three who played at the University of Utah, one who suited up for Southern Utah University and one who went to UCLA.