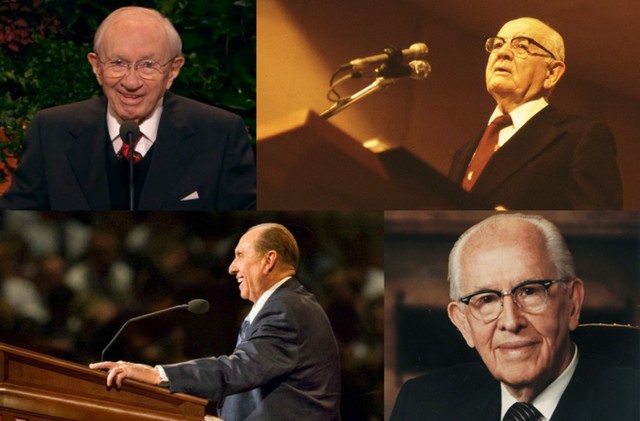 What an arduous but inspiring undertaking. I think this would be something every Church member could learn from.

The General Conference Odyssey is a simple if somewhat audacious concept. A group of Mormon bloggers decided that it would be a good idea to read every single General Conference talk starting in April 1971 (the first session easily available online) and proceeding—at a rate of one session per week—until we’re caught up. Every Tuesday we each publish a blog post about our favorites talks from the last session we read, and we also link to each other’s posts.

For me, the idea started growing after I read a quote from an October 1981 General Conference talk by President Hinckley (Faith: The Essence of True Religion) that Mormon blogger J. Max Wilson posted on Facebook. It wasn’t that I loved the quote. It was actually rather the opposite: the quote challenged me. I spent a couple of weeks musing about that, and eventually wrote a blog post expressing my reflections on the talk (The Assurance of Love). As part of that blog post, I wrote this paragraph:

President Hinckley’s talk was given 34 years ago… I did not know that it existed until last week… And I must confess a sense of shame as I read it for the first time and realized that this past year was the first year (since my mission) that I even tried to listen to all the sessions of General Conference. How many more talks have been given over my lifetime that I have never heard? Never read? Never considered? I say that I sustain the apostles as prophets, seers, and revelators, and yet I have nearly two centuries of their official talks given in General Conference and I have never even considered that I might want to go back and systematically read them to see what they had to say. I think it’s time I change that.