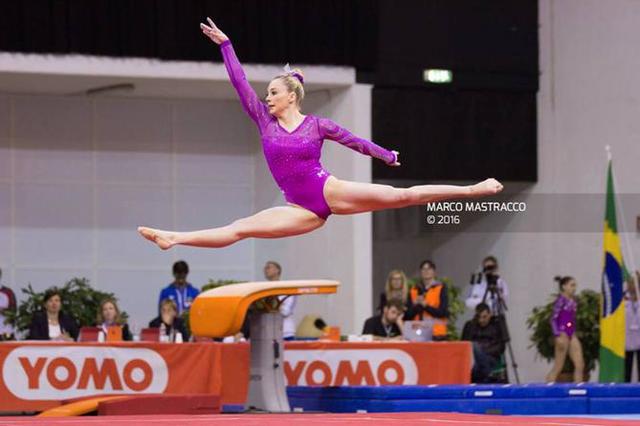 After winning medals at two international gymnastic meets in March, 19-year-old Mormon gymnast Mykayla Skinner has her eye on the 2016 Olympics in Brazil.

Skinner, of Gilbert, Arizona, represented the United States in the Glasgow World Cup in Scotland on March 11-12, winning the gold medal all-around with a score of 56.99. No individual event medals were awarded, and Skinner was the top scorer in vault and finished second in both uneven bars and floor exercise.

There wasn’t much time to celebrate. Skinner flew directly to Italy to prepare for the City of Jesolo Trophy one week later. Gymnasts from seven countries competed in this annual meet, including U.S. teammates and 2012 Olympic champions Gabby Douglas and Ali Raisman.