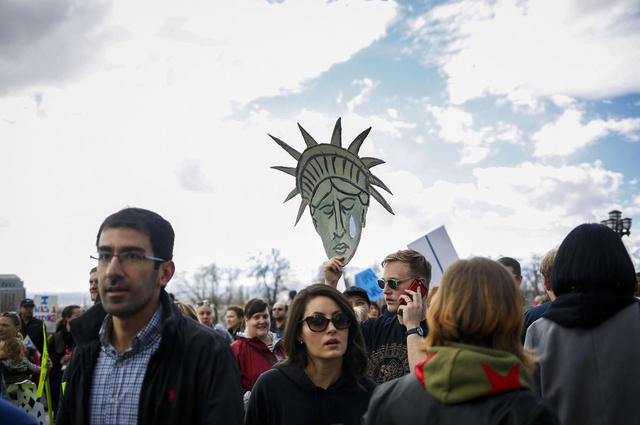 Scholars of Mormon history and studies—both LDS scholars and those outside the Church—have come together to argue that Mormon history can shed some light on current politics.

American Mormons still endure "pernicious consequences" created by U.S. government discrimination against them in the 1800s, says a legal brief filed against President Trump's travel ban in the 9th Circuit Court of Appeals.

The friend-of-the court brief filed by 19 Mormon Studies and history scholars—not all of them Mormon—goes beyond a vivid re-telling of the story of legalized 19th-century anti-Mormonism, which included tidbits that might surprise some members of The Church of Jesus Christ of Latter-day Saints.

The brief warned the court that the president's executive order halting immigration from Muslim-majority countries would legalize anti-Muslim sentiment, and that based on the Mormon experience, which included heavy anti-immigrant sentiment and federal efforts to restrict Mormon immigration, the consequences could last for decades or longer.