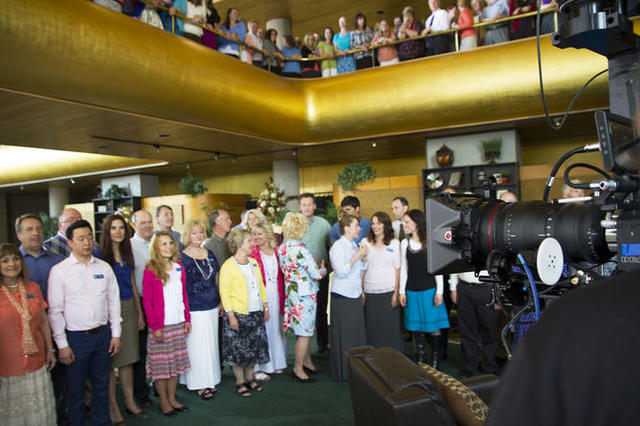 The Mormon Tabernacle Choir isn't afraid to try something new, especially if it might help to spread its music and gospel.

It's been 36 years since the world-renowned Mormon Tabernacle Choir, comprising musical missionaries and goodwill ambassadors for The Church of Jesus Christ of Latter-day Saints, was featured in the short film "Mr. Krueger's Christmas." So when Candlelight Media Group approached choir president Ron Jarrett and others in 2014 about collaborating to produce a full-length feature movie, the idea was intriguing.

More than a year later, with the film Singing With Angels (rated PG) ready to open for audiences March 11, people associated with the choir are pleased with the outcome and are eagerly anticipating the public response.