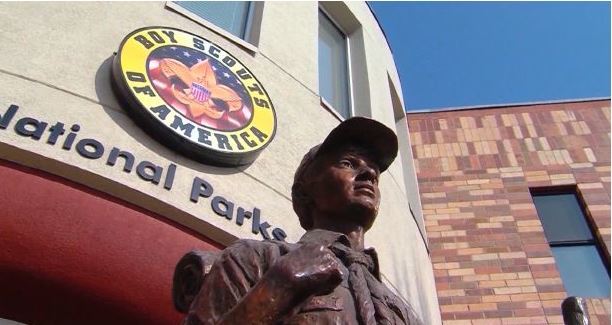 "In most congregations in the United States and Canada, young men ages 14-18 are not being served well by the Varsity or Venturing programs, which have historically been difficult to implement within the church," a Church statement said about the change. "This change will allow youth and leaders to implement a simplified program that meets local needs while providing activities that balance spiritual, social, physical and intellectual development goals for young men."

The LDS Church, the oldest and largest charter organization of the Boy Scouts of America, will drop Scouting from its Young Men's program for boys ages 14 through 17.

Effective Jan. 1, the move will carve about 180,000 Mormon boys from the Varsity and Venturing Scout programs in the United States and Canada, replacing them with activities created for boys in those age groups by The Church of Jesus Christ of Latter-day Saints.

The church will continue to sponsor Cub Scouts for boys 8 to 10 and Boy Scout programs for those 11 through 13 in those two countries, but statements released by the church about the announcement signaled that it may drop those programs in the future, too.

The overhaul is stunning, because Scouting has been an indelible, seemingly inseparable, part of the LDS Church's Young Men program for 104 years, but it isn't a major surprise. Church leaders quietly have considered dropping Scouting from its Young Men and Primary programs for many years.