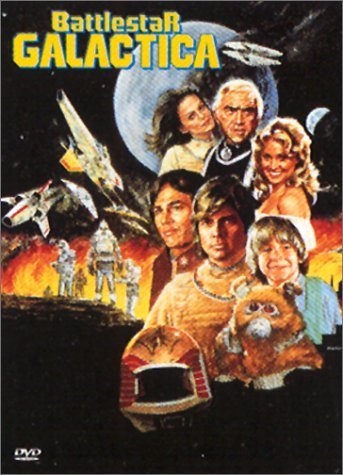 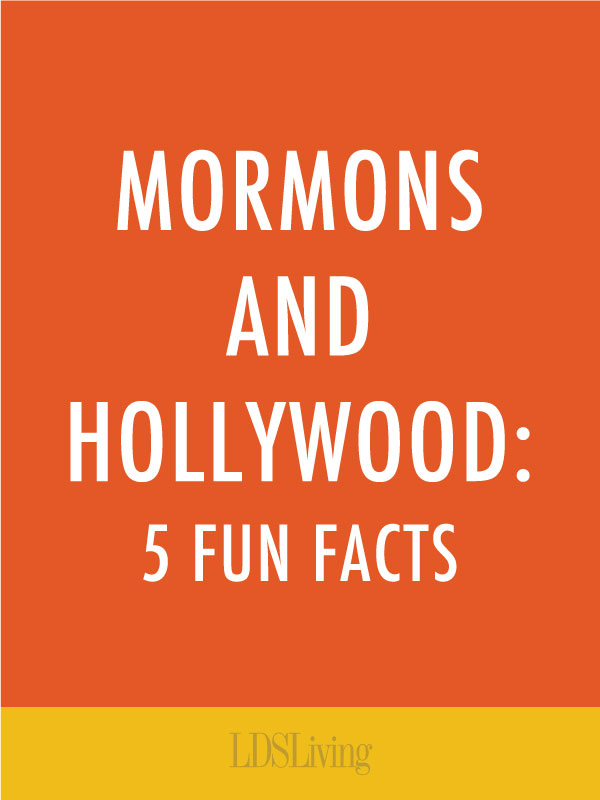 1. Battlestar Galactica, a television series that aired in 1978 and 1979, was created by Church member Glen A. Larson and includes several references to Mormon doctrine.

For example, in the show, the colonies originated from the planet Kobol (thought to be an anagram of Kolob) and were governed by a "council" or "quorum" of twelve. And in the episode War of the Gods, Part 2, angels (or advanced beings) explain, "As you are now, we once were; as we are now, we may become." Sound familiar? Compare it to Lorenzo Snow's famous couplet, "As man is now, God once was; as God is now, man may become." Even marriages were referred to as sealings that lasted "not only for now, but for all eternity."

Larson also worked on other popular television shows such as The Six Million Dollar Man, The Fall Guy, Magnum P.I., and Knight Rider.

2. LDS artist Arnold Friberg worked as chief artist-designer for the film The Ten Commandments, influencing everything from costumes to set design.

Cecil B. DeMille hired Friberg after Swedish publisher Herman Stolpe showed him Friberg's paintings. DeMille was so impressed with The Finger of the Lord (Friberg's depiction of the Brother of Jared in amazement of the finger of God) that it became the inspiration for Moses's costume in the burning bush scene. Friberg received an Academy Award nomination for his work on the film.

3. LDS composer Leigh Harline wrote the famous Disney song "When You Wish Upon a Star," for which he won two Academy Awards: Best Original Music Score and Best Original Song.

After being hired by Walt Disney, Harline scored more than 50 songs and worked on favorites such as "Whistle While You Work," "Heigh Ho," and "Someday My Prince Will Come."

4. Dean Jagger, who depicted the title character in the 1940 film Brigham Young, joined the Church later in life.

Until Jagger starred in Brigham Young, he was a little-known actor. He went on to star in White Christmas and Twelve O'Clock High, for which he won an Academy Award for Best Supporting Actor. Jagger joined the Church in his late 60s after marrying Etta Mae Norton, who was a Mormon.

Another fun fact: for the making of Brigham Young, Twentieth Century Fox consulted with Church historians and leaders, including President Heber J. Grant.

The film Austenland is based on the novel by Shannon Hale. It is the story of a 30-something woman's experience during her stay at a Jane Austen-themed getaway. In fact, Twilight author Stephenie Meyer produced the film, with fellow LDS women Shannon Hale and Jerusha Hess (who co-wrote the screenplays for Napoleon Dynamite and Nacho Libre with her husband) as the screenwriters. (Read a Q&A with Shannon Hale and Jerusha Hess here.) The cast includes Keri Russell, Jane Seymore, and Jennifer Coolidge.

Austenland is currently in theaters. (Photo from imdb.com)

Ender's Game, released in the U.S. on November 1, 2013 is based on the science fiction novel by LDS author Orson Scott Card. It is the story of a young, shy, brilliant boy who is recruited to join International Fleet and battle an alien race after Earth is attacked. The cast includes Harrison Ford, with Orson Scott Card making a voice cameo as Pilot.

Movies People Our World Mormons We KnowMovies,People,Our World,Mormons We Know,
Comments and feedback can be sent to feedback@ldsliving.com