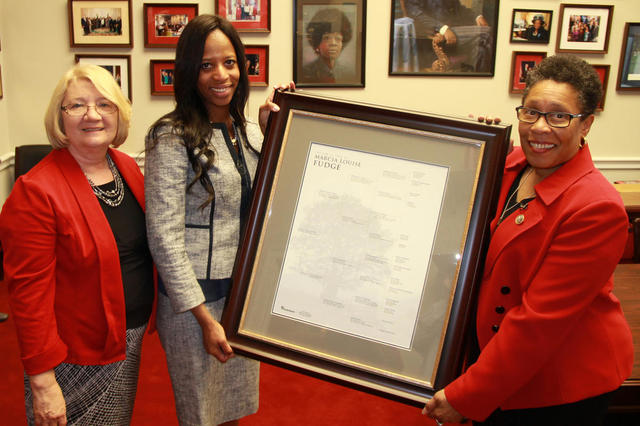 "It's really important to know not just who you are, but from which you come," said U.S. Rep. Marcia Fudge. "I think it's really, really important. I'm really ecstatic about the fact that I have some more information about my family."

Five generations ago, many of the ancestors of U.S. Rep. Marcia Fudge, D-Ohio, were born into slavery, according to research compiled by FamilySearch and given to the congresswoman on Tuesday by the LDS Church.

"It starts to make you realize the strength of a whole family of people, of a whole generation of people who survived and produced people like me who are now members of Congress," Fudge told Mormon Newsroom.

Rep. Mia Love, R-Utah, who is Mormon, presented the five-generation pedigree chart to Fudge with Elder Von G. Keetch, a General Authority Seventy of The Church of Jesus Christ of Latter-day Saints, and Carol Smith, the FamilySearch researcher who spent weeks compiling the information.