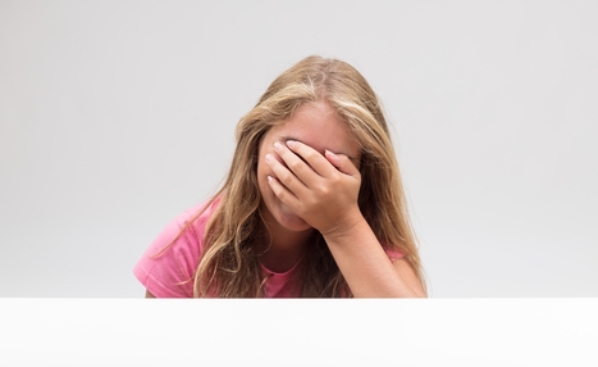 My Hilariously Embarrassing First Time Performing Baptisms for the Dead

My first trip to the temple was what you might call “memorable.”

I went with a large group of youth from my ward to the Jordan River Utah Temple to do baptisms for the dead. As a 12-year-old girl, I was understandably nervous about messing up. I was also, as most adolescent girls are prone to be, very self-conscious about my weight. I was not only tall for my age but was also what can only generously be described as "chubby.”

Everything was going along smoothly as we began the ordinance. The young men in our ward finished first and sat waiting for the young women in the chapel, watching us through the viewing glass.

Finally, it was our turn to do baptisms. Being extremely nervous, I asked to go last. After I finished, I hurried out of the baptismal font to find myself entirely alone. The little old sister handing out towels was gone! And at that moment I realized—I had no idea where to go next. Worse than that, in my young mind, was the fact that I was now standing there soaking wet, in white clothes, with my corpulent backside facing the young men watching me from the chapel.

I hurried through the first door I saw.

It was rather quiet through this door, but at least I was safe. And there was a shower, so that had to be a good sign, right?

I got undressed and showered, putting my wet clothes down the laundry chute. There was a towel hanging there, but I'm pretty sure it would hold its own in the World's Tiniest Towel contest. Irritated that the sweet little ordinance worker still hadn't come back to show me where to go, World's Tiniest Towel or not, I found my way through to the dressing room feeling quite proud of myself for not needing help.

It was even quieter in the dressing room, despite the fact that my older sister and a bunch of young women were supposed to be dressing in there.

I started getting suspicious when I saw the lack of scrunchies and hair dryers.

I suddenly felt like I was living out one of those Choose Your Own Adventure books, only this one featured far more nudity than I was comfortable with.

Since the latter choice at least offered the illusion of privacy—clear glass separating the font from the viewing area versus me, in the flesh, two feet away from unforgiving teenage boys—I opted to go with the baptistry route.

The little old sister was faithfully back at her post (naturally) with a whole new group of youth waiting to be baptized. Her eyes got big as she saw me, speechless. She threw another, larger, towel around my shoulders and finally found words, asking, "Sister, what happened?!"

I must have mumbled something about the "wrong door," "shower," and "no clothes" because she threw a garment shield over me and apologized profusely as she led me into the correct dressing room.

My biggest mistake—really? just the one?—was telling my older sister what happened when she asked what took so long. She proceeded to tell all the young women in our ward, who each made sure all the boys knew that the half-naked chubby girl streaking through the baptismal font was, in fact, me. (You know, just in case they hadn't recognized me in my natural state.)

Incidentally, I also left my brand-new glasses in the (correct) locker room. What, I didn't mention the fact that I got my first pair of giant, geeky glasses the day before?

And, because clearly NOTHING IS ALLOWED TO GO RIGHT, I shut my long, flowing skirt in the car door on the ride home. Because just in case I wasn't feeling stupid enough, I wanted to ensure that when we got back to the church for treats, literally half of my skirt was nice and muddy, completely soaked from our drive through the snowy streets. But, in the eyes of the youth in my ward, not even a black, slush-stained skirt was enough to erase the visual of my temple streaking stint that was surely burned into their retinas on that fateful night.

Needless to say, I now double-check the gender of any door I walk through. Just in case.