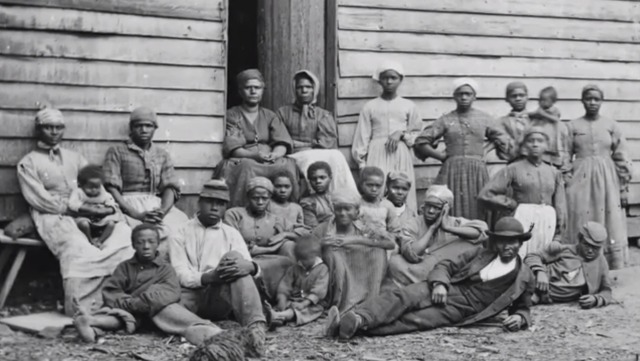 FamilySearch, the largest genealogy organization in the world, recently announced the completion of the Freedmen’s Bureau Project, indexing the names of millions of African Americans directly following emancipation. The unprecedented indexing effort will allow African Americans to digitally search for their ancestors who were previously lost to history. The project was completed almost a year to the day after it was announced in a nationwide news conference at the California African American Museum on the 150th anniversary of Juneteenth, the celebration of Emancipation Day.

Over the past year, 18,940 volunteers participated in the project coast to coast in the United States and Canada. Out of the four million people who were enslaved, participants uncovered the names of nearly 1.8 million of them.

Key to the project’s success were the Afro-American Historical and Genealogical Society’s nationwide chapters, the Smithsonian and local congregations of The Church of Jesus Christ of Latter-day Saints who partnered in over 100 indexing events to bring the project to a successful conclusion.

Thom Reed, marketing manager for FamilySearch, says the efforts to bring the project to a conclusion are incalculable. “In addition to our valuable partners, the project was embraced by dedicated genealogists, religious groups, universities, and even was the focus of Eagle Scout projects. We all sensed an urgency to bring this important chapter in history to life and shine a light on this courageous generation of African Americans.”

William Durant from the AAHGS Metro Atlanta Chapter says, "Indexing Freedmen's Bureau records puts you 'up close and personal' with ancestors and their struggles to begin life anew after slavery. It helps prepare you for your own research and saves time because you become familiar with the records, their format and wording, and [you] already know where to look for names."

The project’s completion coincides with the September 2016 opening of the Smithsonian National Museum of African American History and Culture (NMAAHC) in Washington, D.C. A symbolic handover of the records will take place later this year. At that time, all of the records will also be available to search online at the touch of a button and free of charge.

“The genealogical community is fully embracing these records,” said Hollis Gentry, genealogy specialist at NMAAHC. “You’ll find African American genealogists are quite excited about the Freedmen’s Bureau Project. It offers a tremendous potential for them to find their ancestors in this large group of federal records that may bridge the gap between freedom and slavery in the records.”

The Freedmen’s Bureau, organized under an 1865 Congressional order at the conclusion of the Civil War, offered assistance to freed slaves in many ways. Handwritten records of these transactions include records such as marriage registers, hospital or patient registers, educational efforts, census lists, labor contracts and indenture or apprenticeship papers and others. The records were compiled in 15 states and the District of Columbia.

Although the project is completed, it will be a few more months before all of the records will be available online. Michael Judson of FamilySearch explains, “To ensure the accuracy of the indexed information, two volunteers index each document. Any differences between the entries of these two volunteers is reviewed by a third, experienced volunteer called an arbitrator. The arbitrator chooses the correct indexed data or adds their own information when neither appears to be correct.”

But there’s still more work ahead; as a result of the original indexing project, even more records have been discovered. The additional records will be available for indexing on DiscoverFreedmen.org. Once completed, they too will be added to the collection at the Smithsonian and be available online.

Reed says the most exciting part of the project is still to come. “Now that the names are indexed, we will focus our efforts on teaching African Americans how to search the new digital records to discover and reunite with their families.”

Reed’s words are echoed by those of Elder D. Todd Christofferson of the Church’s Quorum of the Twelve Apostles, who spoke at the news conference in Los Angeles at the original call to action. “One of our key beliefs is that our families can be linked forever and that knowing the sacrifices, the joys and the paths our ancestors trod helps us to know who we are and what we can accomplish,” he said.