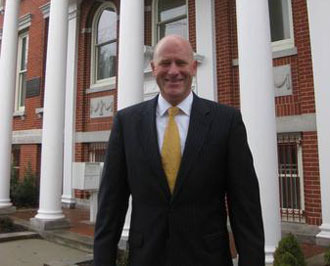 When Stephen Weber walked into the Yale chaplain's office and introduced himself as the New Haven Institute of Religion director, she had a few questions.

"She said, 'Where have you been? We have been waiting for you,'" said Weber of the meeting held in June 2010. She also added that she had known several Mormon students. "It's rather interesting to have that kind of greeting."

Since then, the school has officially recognized the institute. After a review by the Yale Religious Ministries group, Weber is the LDS chaplain to the Ivy League campus and meets regularly with other campus chaplains.

"It's been exciting to see those doors open for us," he said. Now, the institute is labeled on school maps, events can be advertised on campus and opportunities to share more about the LDS Church in a spirit of understanding have increased.