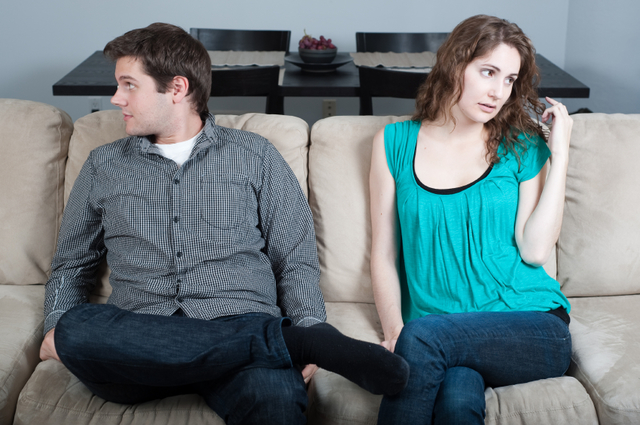 MR says: A survey with LDS participants from campuses across Utah and Idaho is shedding some light on what the dating scene is really like for Mormons on college campuses, specifically in BYU.

Bradley Anderson spent more than 200 hours this summer analyzing data, and it wasn’t for a class.

Anderson, a BYU student from Tacoma, Washington, studying international relations and Japanese, created a Qualtrics survey about dating and distributed it through Facebook. He hoped the survey would answer his own questions about the dating culture at BYU.

“I asked one of my friends on a date, and she said she’d been here for a year and a half and had not been asked on a single date her entire time here. And that just really surprised me,” Anderson said. So he started asking questions about the dating environment at BYU, eventually leading him toward the survey from which he could collect quantifiable information.

“I found that everyone else here thought that there’s a weird dating culture here, and it wasn’t just me,” Anderson said.

Mark Ogletree, an associate professor in the Department of Church History and Doctrine, teaches marriage and family classes and regularly asks his students what they think of the dating atmosphere at BYU. 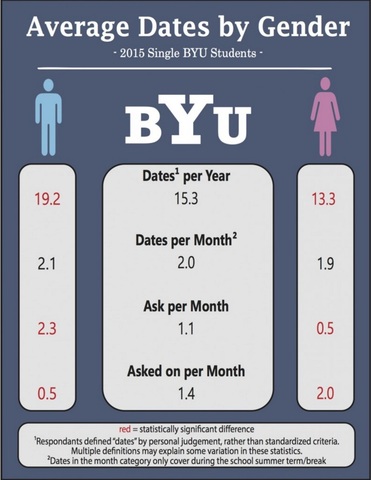 Infographic from The Digital Universe and contains data from 480 participants from BYU. This infographic shows that BYU students go on an average of 15.3 dates per year, and an average of two dates every month. The survey was conducted over summer term, so the dates per month average may vary during fall and winter semesters. (Bradley Anderson)