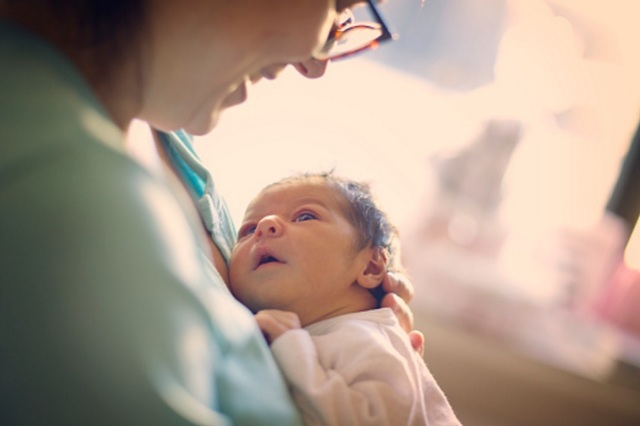 "Staying at home: It's the most important thing a woman can do—or a cop-out. It's a job description—or a recipe for mind-numbing boredom. Stay-at-home mothers are equally lauded and adored, pitied and derided. . . . And our culture still thinks it's fine to ask mothers this frustrating and patronizing question: So what do you do all day?"

That's how the findings from a fascinating study by Redbook magazine begin, and it demonstrates the stereotypes that stay-at-home moms often battle.

► You'll also like: 7 Things You Shouldn't Say to Stay-at-Home Moms

We know as Latter-day Saints that “Motherhood is the greatest potential influence either for good or ill in human life. The mother's image is the first that stamps itself on the unwritten page of the young child's mind. It is her caress that first awakens a sense of security; her kiss, the first realization of affection; her sympathy and tenderness, the first assurance that there is love in the world," as President David O. McKay so eloquently said.

However, much of the rest of the world doesn't see it that way. So Redbook surveyed 558 women who identify as stay-at-home moms, asking that they record their day-to-day activities, hour by hour. What they found is that stay-at-home moms lives are far from boring or relaxing. Instead, these women excel at multitasking and many find their lives fulfilling.

Here are just a few surprising findings from the study, many of which Mormon moms already know.

2. The volunteers (23%) who are heavily involved in volunteering at their children's schools and other activities to improve their communities.

4. The caregivers (12%) who have children with special needs that require more attention.

The majority of stay-at-home moms (65%) are not lounging around the house but awake before 6 a.m. getting things done. The 558 moms surveyed said that, if they were paid for their work, they should get a salary of $50,000, on average. And the overwhelming majority (72%) said that society doesn't recognize enough how much stay-at-home moms really do.

Though the world may not recognize their accomplishments, mothers within the Church know they receive payment and recognition in greater ways. As Jeffrey R. Holland says, “Mothers, we acknowledge and esteem your faith in every footstep. Please know that it is worth it then, now, and forever.”

The number of kids that brings the most happiness is above the national average.

According to a 2015 survey, the average family size in America is 3.14 people, and that's including parents. However, this survey takes in single-parent families, families without children, etc. For parents who want to have children, a more accurate average number of children is two.

But the Redbook survey found that moms who rated themselves as the happiest were those who had four or more kids, even though they often had more to do.

Mormons, who are known for having big families, already know the joys that come from the varied family relationships and many associations and connections we can build, even outside of having children. While families often require greater responsibility, they are also the foundation for building  greater, lasting happiness.

So, when all is said and done and the research is examined, we should ask ourselves, just as Neal A. Maxwell did, "When the real history of mankind is fully disclosed, will it feature the echoes of gunfire or the shaping sound of lullabies? The great armistices made by military men or the peacemaking of women in homes and in neighborhoods? Will what happened in cradles and kitchens prove to be more controlling than what happened in congresses?"