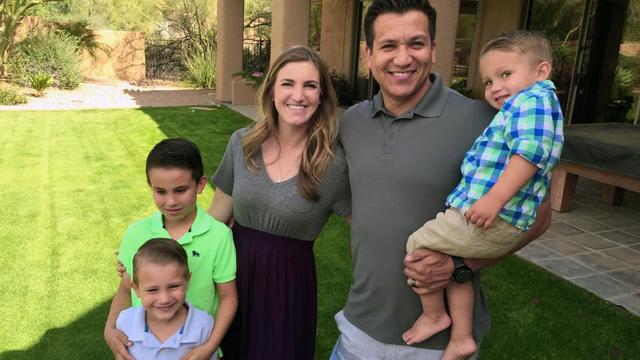 Results from a recent nationwide study released today indicate that most people still hold a favorable view of marriage, that technology can be harmful to relationships, and that four out of five kids over age 12 have cell phones, among other findings.

These outcomes probably don't feel new. Why? Our prophets and apostles have been teaching us about the universal importance of the family and protecting our kids from the potential dangers of technology all along.

The third annual American Family Survey, a Deseret News and Brigham Young University study conducted by YouGov, offers insights into today’s families and their views on a variety of social and political issues, including marriage, relationships, and technology.

The poll surveyed more than 3,000 American families across a variety of racial, religious, gender, and age groups.

Elder L. Tom Perry shared as much in an April 2015 conference talk entitled, "Why Marriage and Family Matter--All Over the World." He said, "Public opinion polls show us that marriage is still the ideal and the hope among the majority of every age group--even among the emillennial generation, where we hear so much about chosen singleness, personal freedom, and cobatiation instead of marriage. The fact is that strong majorites worldwide still want to have children and to create strong families."

The American Family Survey also revealed that 92 percent of parents believe that parenthood is “very” or “somewhat” central to their personal identities, and those that live in neighborhoods where more people are married indicate a stronger sense of connection to their neighbors.

"When it comes to love of spouse and hopes, worries, and dreams for children, we are all the same," Elder Perry said in the same talk.

In August 2015 President Nelson also talked about the benefits of marriage. "There is a great power in a strong partnership. True partners can achieve more than the sum of each acting alone. With true partners, one plus one is much more than two."

Congruent with last year’s results, the poll also found that those surveyed were generally positive about their own families and relationships but pessimistic about the general state of families and marriages across the country—49 percent of respondents believe their own relationships are stronger than they were last year, but a mere eight percent believe that marriages in general are stronger.

Elder Perry also discussed this dichotomy in his talk when he said, "One problem is that much of the media and entertainment that the world shares does not reflect the priorities and values of the majority. For whatever reasons, too much of our television, movies, music, and Internet present a classic case of a minority masquerading as a majority. Immorality and amorality, ranging from graphic violence to recreational sex, is portrayed as the norm and can cause those who have mainstream values to feel like we are out of date or from a bygone era. In such a media and Internet-dominated world, it has never been harder to raise responsible children and to keep marriages and families together."

Modern technologies, which allow such media to have greater prevelance in our lives, were also a part of the American Family Survey. The study found that age 12 is when most children get a cell phone. Before age 12, only one in four children have a phone, while after age 12 four in five kids call one of these devices their own. It also found that out of those who check social media multiple times a day, four in 10 believe their relationship is in trouble. Out of those who never use social media, less than two in 10 believed the same thing.

Once again, prophets have warned us of this very thing. "Too much time can be wasted, too many relationships can be harmed or destroyed, and precious patterns of righteousness can be disrupted when technology is used improperly. We should not allow even good applications of social media to overrule the better and best uses of our time, energy, and resources," Elder Bednar said in January 2015.

Additional results from the American Family Survey, including those regarding addiction, health, and public policy, are available from Deseret News.