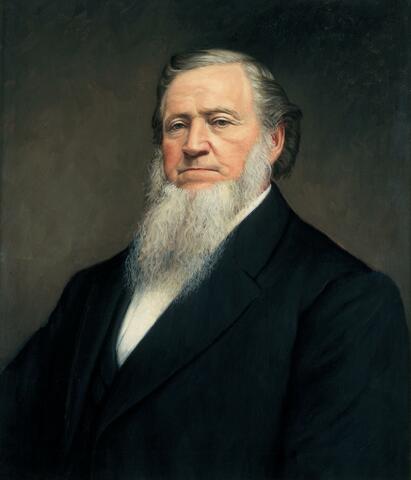 Presidents of the United States have been granting pardons to a range of characters since early American history.

From pirates to the owner of the New York Yankees to President Richard Nixon, many have been the recipient of this act since George Washington first began granting pardons in 1795.

According to a New York Times article, President Brigham Young is also on this list.

President Young was appointed the first governor of the Utah Territory in 1851 by the President of the United States. However, tensions were rising at the time due to newspaper reports accusing the Church of “being in open rebellion against the nation,” the second volume of Saints: No Unhallowed Hand explains.

At the time, the Church’s paper, the Deseret News, “dismissed the charges as baseless,” and Utah’s representative in Congress, John Bernhisel; Salt Lake City mayor Jedediah Grant (father of President Heber J. Grant); and a lawyer and friend of the Saints, Thomas Kane, went to Washington, DC to advocate for the Saints’ cause with President Buchanan.

However, many people “were calling on the president to remove Brigham from the governor’s office,” Saints continues. “The report claimed that Brigham and the Church dominated the region, controlled the minds and property of Church members, and practiced polygamy.”

As the Times article further explains, President Buchanan also “sent US Army soldiers to Utah to assert federal rule in the territory in what was known as the Utah War," but he later pardoned Brigham Young for treason and sedition.

Read more about this period Church history in Saints and on ChurchofJesusChrist.org.

Saints, Vol. 2: No Unhallowed Hand covers Church history from 1846 through 1893. Volume 2 narrates the Saints’ expulsion from Nauvoo, their challenges in gathering to the western United States and their efforts to settle Utah's Wasatch Front.