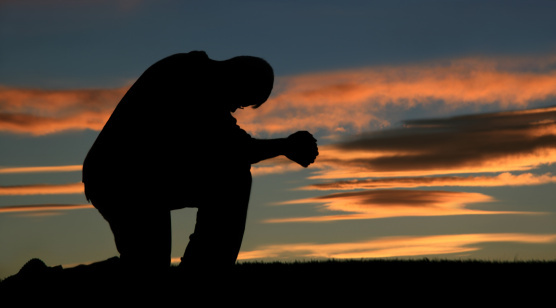 Old Testament Lesson 21: "God Will Honor Those Who Honor Them"

The Lord spoke powerfully about the idea of honor. He said:

“Wherefore the Lord God of Israel saith, I said indeed that thy house, and the house of thy father, should walk before me for ever: but now the Lord saith, Be it far from me; for them that honour me I will honour, and they that despise me shall be lightly esteemed” (1 Samuel 2:30).

“I have been asked what I mean by word of honor. I will tell you. Place me behind prison walls—walls of stone ever so high, ever so thick, reaching ever so far into the ground—there is a possibility that in some way or another I may be able to escape; but stand me on the floor and draw a chalk line around me and have me give my word of honor never to cross it. Can I get out of that circle? No, never! I’d die first!” (Vital Quotations, comp. Emerson Roy West [Salt Lake City: Bookcraft, 1968], p. 167).

This is how the dictionary defines the word honor:

“ Honor: v.t. 1. to respect greatly; regard highly; esteem. 2. to show great respect or high regard for; treat with deference or courtesy. 3. to worship. 4. to confer an honor on; exalt; ennoble.”

The stories from the first chapters of 1 Samuel can teach us great lessons about the importance of honoring the Lord and his servants.

The Sons of Eli Honor Themselves Above the Lord

Eli had two sons who assisted him in his work, particularly in the ordinance work of the tabernacle. What does 1 Samuel 2:12 tell you about these boys? The word Belial means “worthless” or “wicked.” What office did these sons hold according to 1 Samuel 1:3? 1 Samuel 2 suggests that there was a number of problems in the family of Eli, all of them related to these boys in some way. The first we have already mentioned.

(1 Samuel 2:13–16) These two boys refused to be satisfied with the portion of the offerings that belonged to the priest. They wanted the best parts, and they wanted them cooked in the way they preferred. If people offering sacrifices refused to comply with their demands, they said things like this: “Nay; but thou shalt give it me now: and if not, I will take it by force” (1 Samuel 2:16).

(1 Samuel 2:17) How would such conduct make people feel who came to worship and offer sacrifice? “Wherefore the sin of the young men was very great before the Lord: for men abhorred the offering of the Lord.”

There was more than unacceptable culinary practices going on here. In 1 Samuel 2:22 we are told that these priests “lay with the women that assembled at the door of the tabernacle of the congregation.” By the way, in that same verse we are told that “Eli . . . heard all that his sons did unto all Israel.”

(1 Samuel 2:24) What did the degenerate actions of these boys cause to happen? Eli told them, “ye make the Lord’s people to transgress.”

(1 Samuel 2:25) Eli told them they were wrong, but they would not repent: “Notwithstanding they hearkened not unto the voice of their father.”

(1 Samuel 2:27–29) The Lord sent a messenger to Eli, who asked, “Wherefore kick ye at my sacrifice and at mine offering, which I have commanded in my habitation?” What does the verb kick suggest in this context? What did the Lord mean when He said to Saul, “It is hard for thee to kick against the pricks”? (Acts 9:5). Do we ever “kick” at the requirements of the Lord and his servants?

(1 Samuel 2:27–29) The messenger made a further accusation against Eli: Thou “honourest thy sons above me, to make yourselves fat with the chiefest of all the offerings of Israel my people.”

(1 Samuel 2:31) What did the Lord declare that he would do as a result of this continuing transgression?

Does all of this make you think of the words of Alma to his wayward son Corianton? “O my son, how great iniquity ye brought upon the Zoramites; for when they saw your conduct they would not believe in my words” (Alma 39:11). Who did Hophni and Phinehas honor? Not the Lord. They honored themselves.

What happens to a person who puts his or her own desires above everything else? How will such an attitude affect friends and associates? How will the Lord deal with such a person? What examples of this problem have you observed in yourselves and others?

Eli Honors His Sons Above the Lord

A great question about parental responsibility appears in these chapters. Eli had sons who were sinning grievously. What was his responsibility? He spoke to them (1 Samuel 2:22–24). Was that enough? What calling did Eli have at this time (1 Sam 1:9) The Bible Dictionary tells us that he was “high priest and judge” over Israel. Does the reality of those responsibilities change the duty of a father with regard to his sons?

A great many people have had wayward children, but very few were ever rebuked and punished the way Eli was punished. Read 1 Samuel 2:22–35 and ponder the depth of the Lord’s disappointment in the conduct of Eli. Be assured that the problem is not that he had wicked sons. Samuel, the successor to Eli, also had wicked sons (see 1 Samuel 8:3), but the Lord did not respond to their wickedness as he did to that of Hophni and Phinehas. The difference had to be in the way these fathers dealt with the wickedness of their sons.

What specific thing did the Lord say Eli had not done about the iniquity of his sons?

“I will judge his [Eli’s] house for ever for the iniquity which he knoweth; because his sons made themselves vile, and he restrained them not” (1 Samuel 3:13).

What restraint was lacking?

If a man is a bishop and knows that one of his sons is unworthy to participate in the blessing or passing of the sacrament, what must he do? Is it enough to talk, to warn, to call to repentance? If, as he waits for a sacrament meeting to start, a bishop sees his unworthy son sitting at the sacrament table, should he say or do anything?

Who did Eli honor above the Lord (see 1 Samuel 2:29)? Are we ever guilty of trying to please others more than the Lord? In the language of Doctrine and Covenants 121:35, do we ever “aspire to the honors of men”?

What did the Lord say he would do in Israel in 1 Samuel 2:35? Who would that faithful priest be? Samuel, the son of Hannah.

Learning to honor the Lord must be the polar star of our lives. We must move ever closer to him rather than to the satisfaction of our own desires or the praise and honor of others.

From that first night at the Tabernacle when Samuel responded to the Lord’s voice by saying, “Speak; for thy servant heareth,” until the final curtain fell in 1 Samuel 25:1, this great man was a pillar of obedience and righteousness and integrity. His entire life was one of honor to the Lord, as were the lives of Ruth and Hannah and Naomi. As Samuel honored the Lord in his prophetic calling, he demonstrated many of the qualities of a prophet.

What events now occurring in your life and your world give you the opportunity to demonstrate whom you honor?

The Israelites Honor the World

“Hearken unto the voice of the people in all that they say unto thee: for they have not rejected thee, but they have rejected me, that I should not reign over them” (1 Samuel 8:7).

Why did they want a king? The matter came up with the wickedness of the sons of Samuel, but there was another, more significant reason:

“Nevertheless the people refused to obey the voice of Samuel; and they said, Nay; but we will have a king over us; That we also may be like all the nations; and that our king may judge us, and go out before us, and fight our battles” (1 Samuel 8:19–20).

“This challenge can remain a stumbling block for Abraham’s seed today. The temptation to be ‘like all the nations’ is ever present. The standards and images of the world are not to become the ideals of Abraham’s seed. The Old Testament in particular offers a warning to the Lord’s covenant people of today as it chronicles the people of the past. In it we see the results of failing to bless all the families of the world because one desires to be like the world. Eventually Abraham’s seed were lost, scattered, and taken captive by the world they so anxiously tried to imitate” (S. Michael Wilcox, “The Abrahamic Covenant,” Ensign, January 1998, 47).

“O, remember, my son, and learn wisdom in thy youth; yea, learn in thy youth to keep the commandments of God. Yea, and cry unto God for all thy support; yea, let all thy doings be unto the Lord, and whithersoever thou goest let it be in the Lord; yea, let all thy thoughts be directed unto the Lord; yea, let the affections of thy heart be placed upon the Lord forever. Counsel with the Lord in all thy doings, and he will direct thee for good; yea, when thou liest down at night lie down unto the Lord, that he may watch over you in your sleep; and when thou risest in the morning let thy heart be full of thanks unto God; and if ye do these things, ye shall be lifted up at the last day” (Alma 37:35–37).

How can we honor the Lord more faithfully? What attitudes and efforts will keep us from honoring ourselves or others or the world in inappropriate ways?

“Captain Moroni in the Book of Mormon put honor and humility in perspective: ‘Behold, I am Moroni, your chief captain. I seek not for power, but to pull it down. I seek not for honor of the world, but for the glory of my God, and the freedom and welfare of my country’ (Alma 60:36).

“The scriptures teach us that honor includes such things as faith and trust in the Lord, payment of tithes and offerings, fear of the Lord, humility, and obedience.

“We honor the Lord by placing our faith and trust in Him: ‘Trust in the Lord with all thine heart; and lean not unto thine own understanding’ (Proverbs 3:5).

“We show our honor for Him by paying tithes and offerings: ‘Honour the Lord with thy substance, and with the firstfruits of all thine increase’ (Proverbs 3:9).

“We honor the Lord with our obedience to His commandments: ‘Forget not my law; but let thine heart keep my commandments’ (Proverbs 3:1)” (Robert D. Hales, “Return with Honor,” Ensign, June 1999, 7).