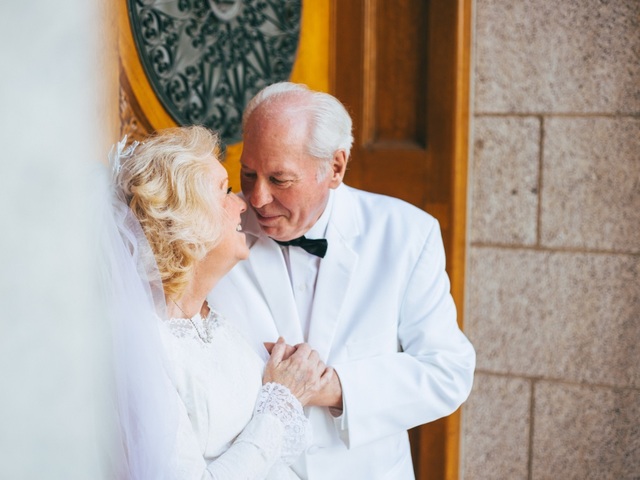 It's not often that a couple can relive the excitement of their wedding day, especially after 50 years of marriage.

But, on March 17, 2017, Dawn and Jack Yates did just that as they celebrated their 50th wedding anniversary, arriving at the Salt Lake Temple, Jack dressed in a white tux and Dawn wearing her original wedding dress.

"They looked so in love!" photographer Heather Lovell says. "I got a little teary-eyed behind my camera just a couple of times. I can only hope and pray to be where they are in 50 years! This couple was inspiring and increased my faith and testimony of eternal families." 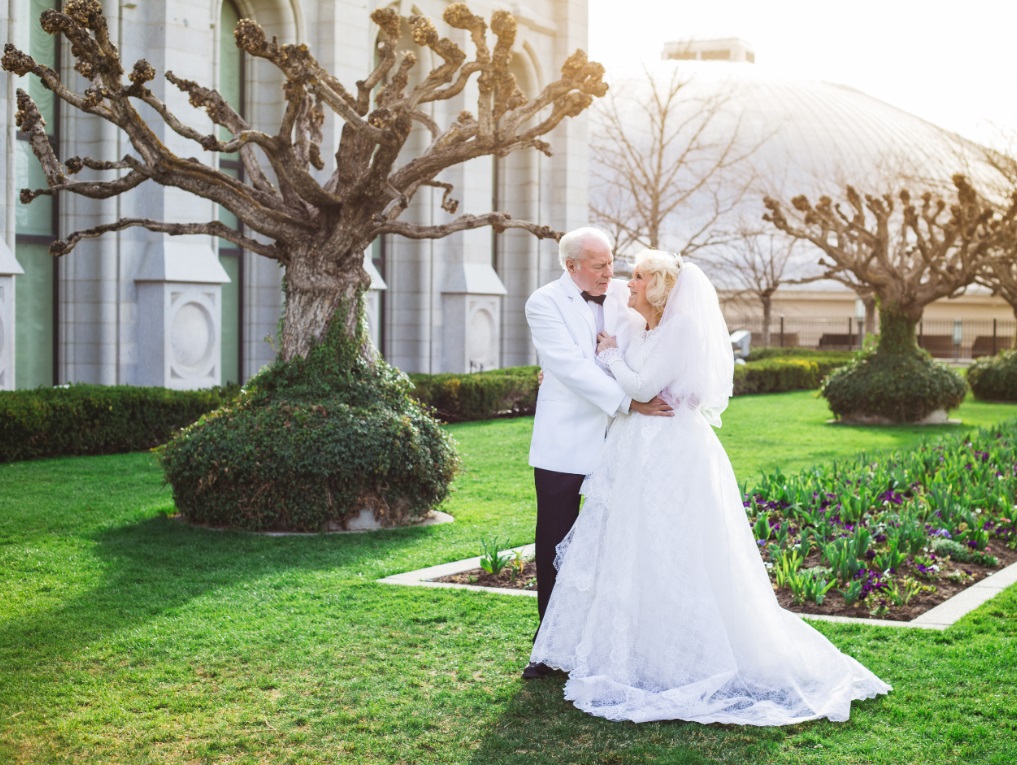 While at the temple, Jack and Dawn recreated their original wedding pictures, bringing together as many of their nine children, 33 grandchildren, and 13 great-grandchildren as possible to celebrate the day when they both received their endowments and were sealed for time and all eternity by Elder LeGrand Richards.

"It was a very, very full day,  but a very special day," Dawn recalls.

As their 50th anniversary approached, Dawn and Jack knew they wanted to do something special to commemorate the day their family first began. "We've both had health problems so we didn't want to take a vacation [to celebrate our anniversary], and we'd want to be with our family anyway, so I thought this would be a wonderful idea," Dawn says. 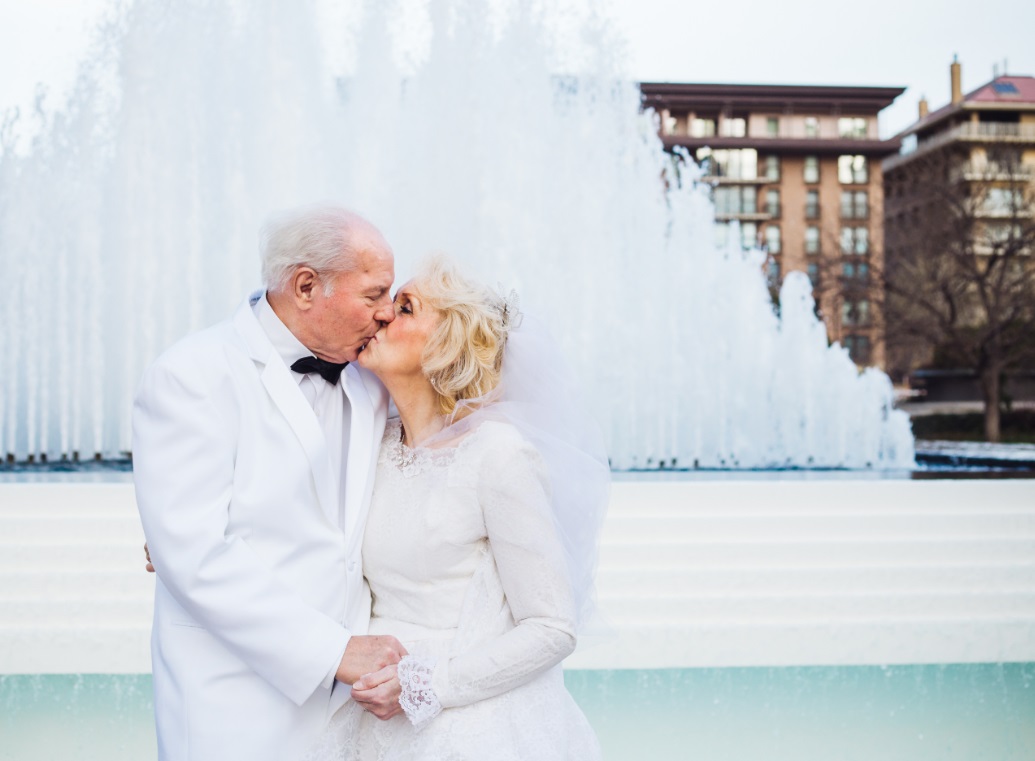 But the celebration didn't end at the temple. After recreating their wedding photos, the Yates family threw Dawn and Jack a '50s party with hamburgers, malts, games, and memorabilia of their life together. "Our daughter has been planning this for two years," Jack says. "She put together a book where each of our family members wrote something up about the two of us."

After 50 years of marriage, Dawn's best advice for other couples is "You have to be willing to give; you have to give a lot. We've spent a lot of time together. . . . We went out on dates almost every weekend. We've been sweethearts. We felt like we were on a honeymoon many years after our marriage because we just love to be together."

She continues, "We've had a lot of fun. We've had our ups and our downs, of course. But most of our life has been wonderful." 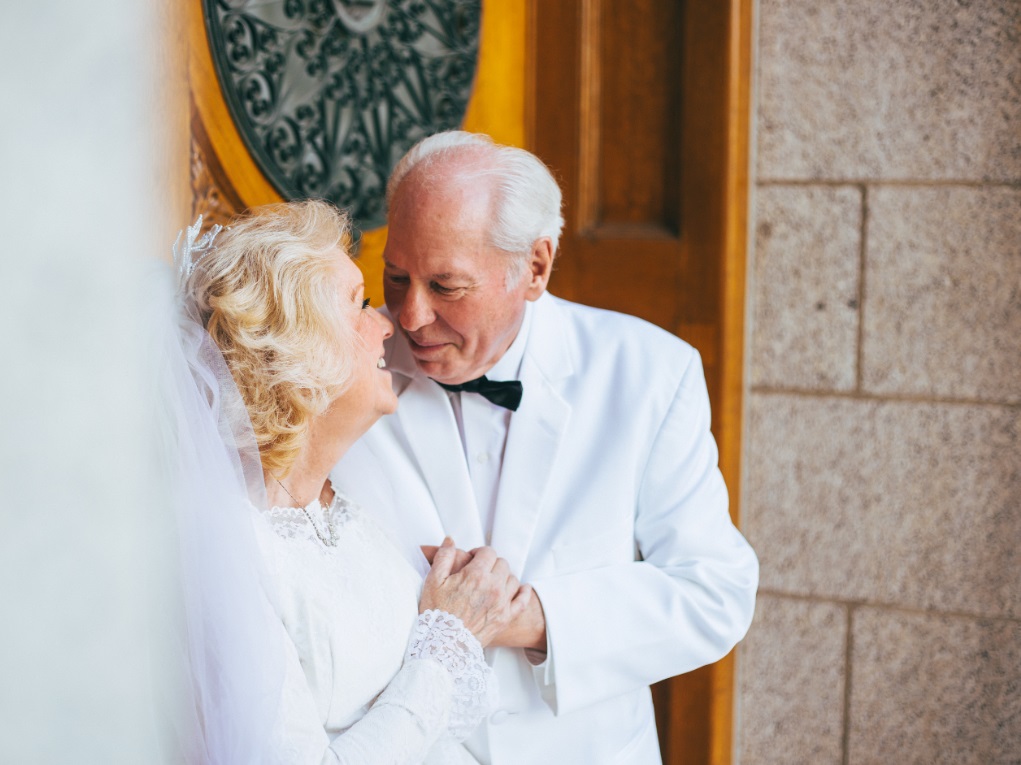 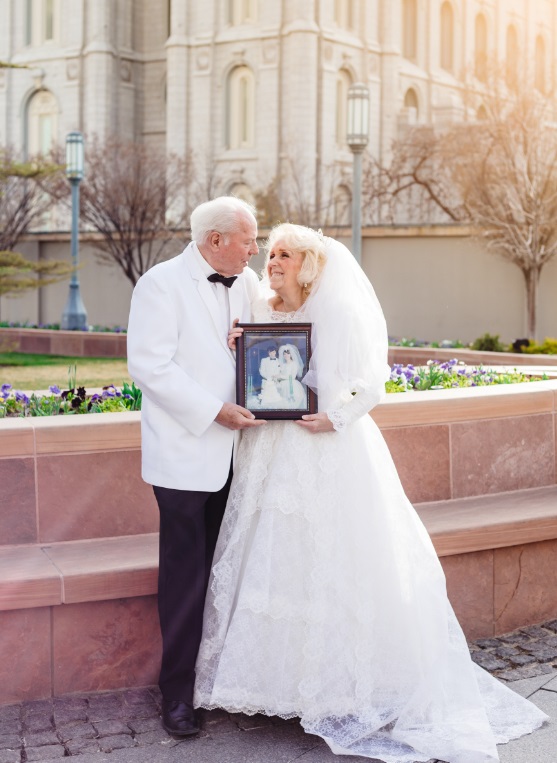 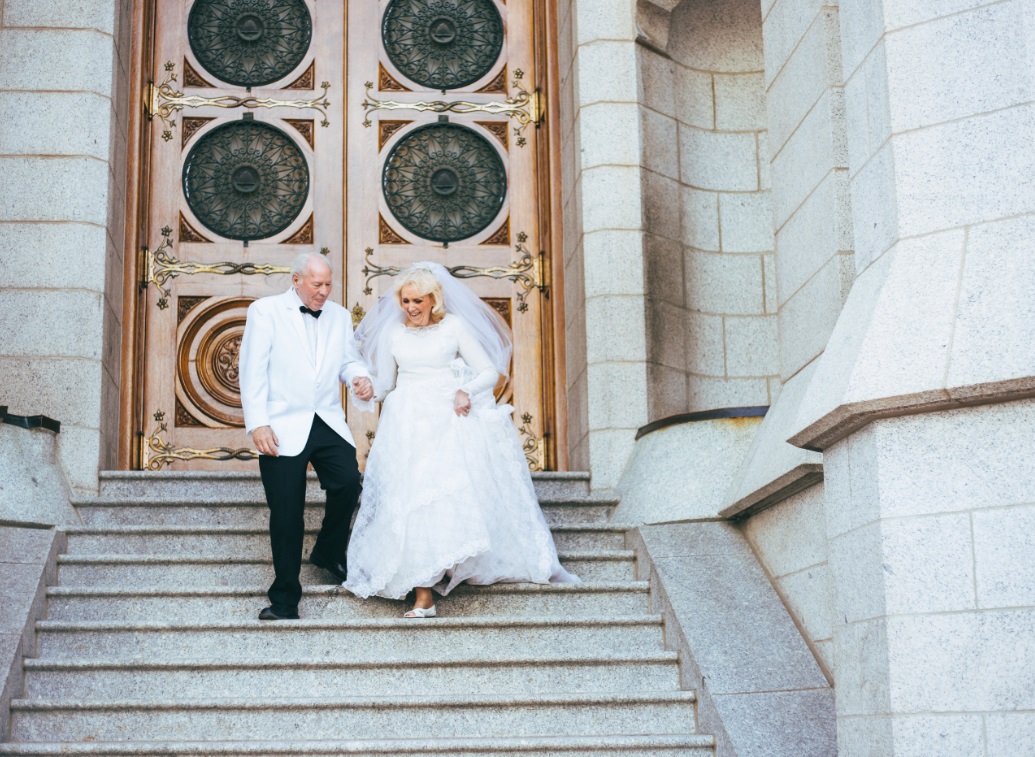 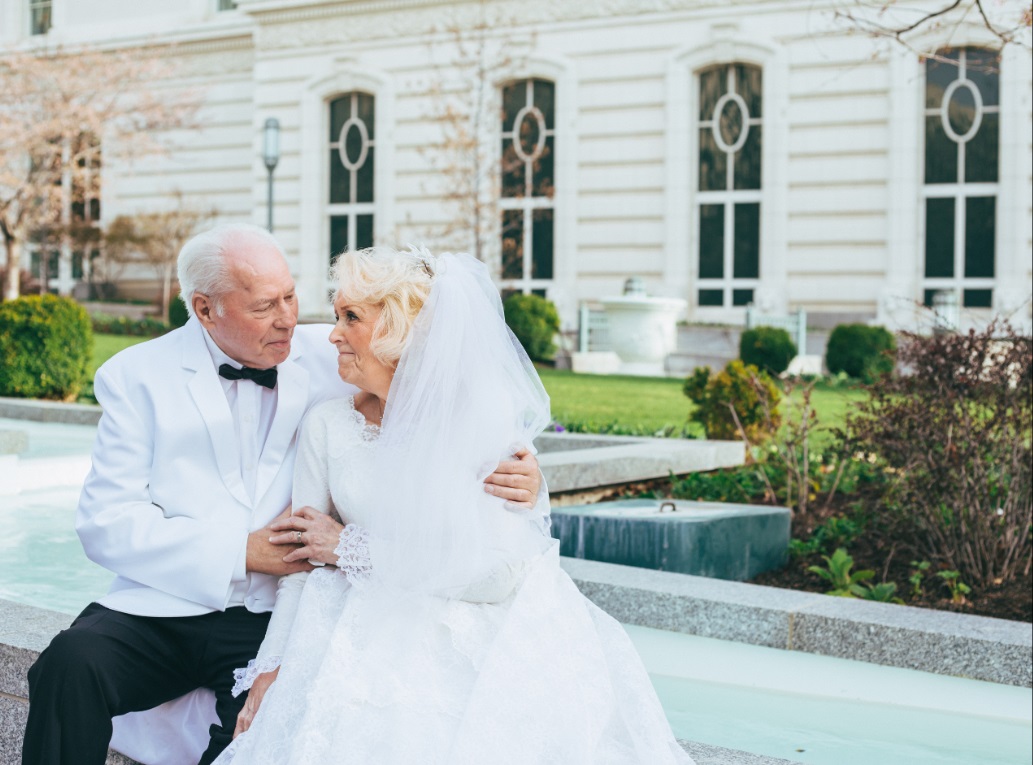 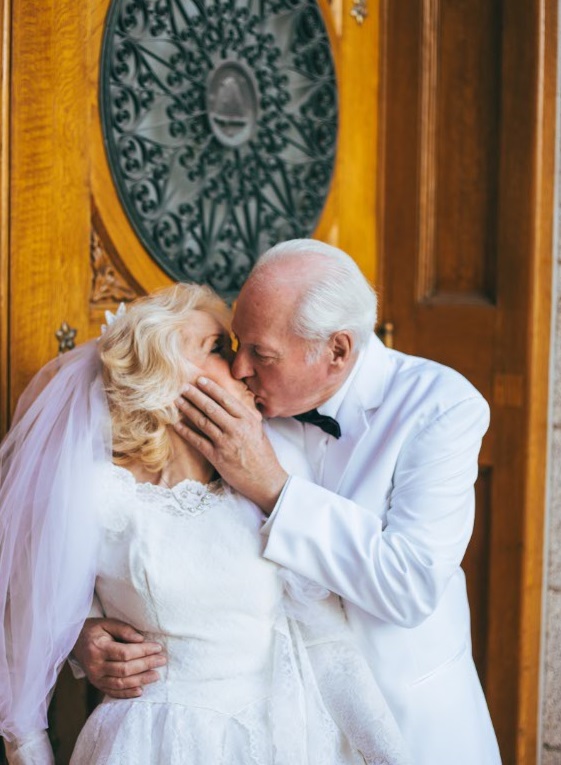 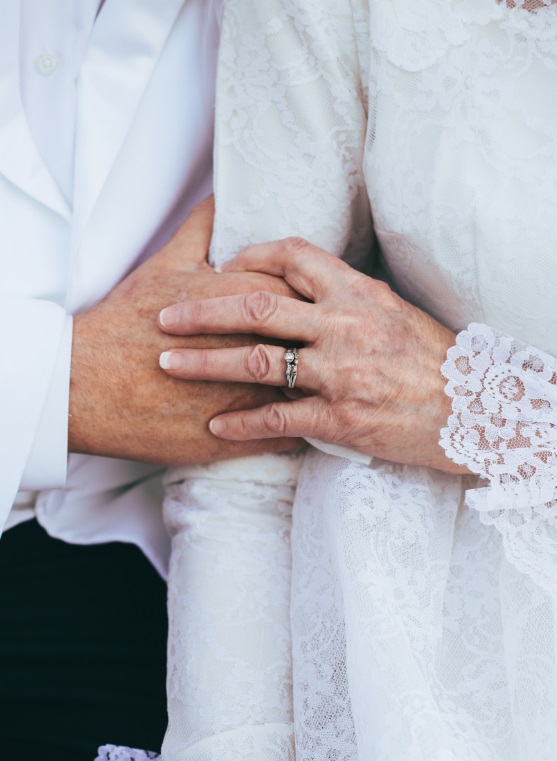 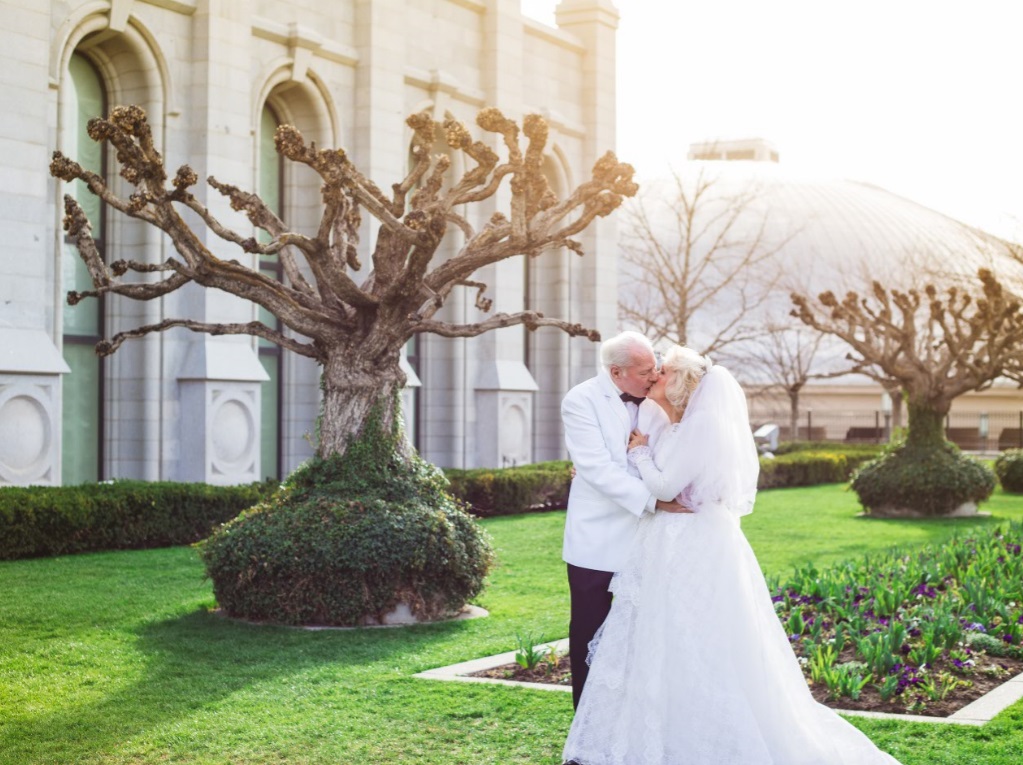 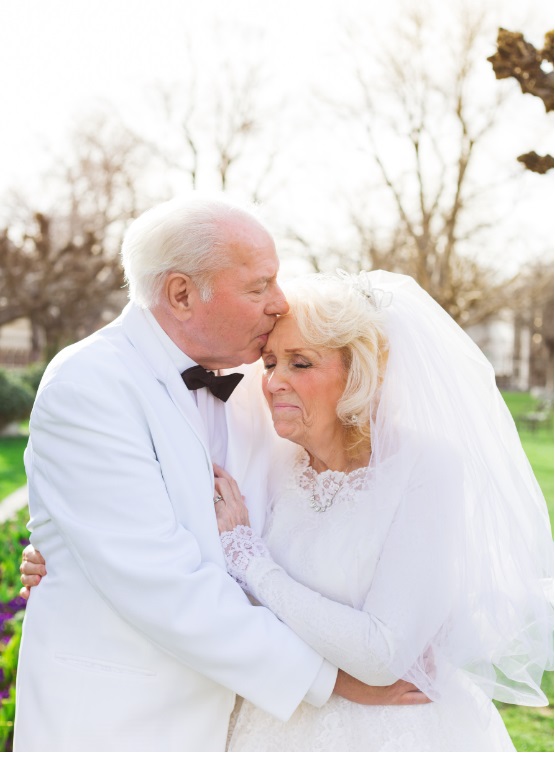 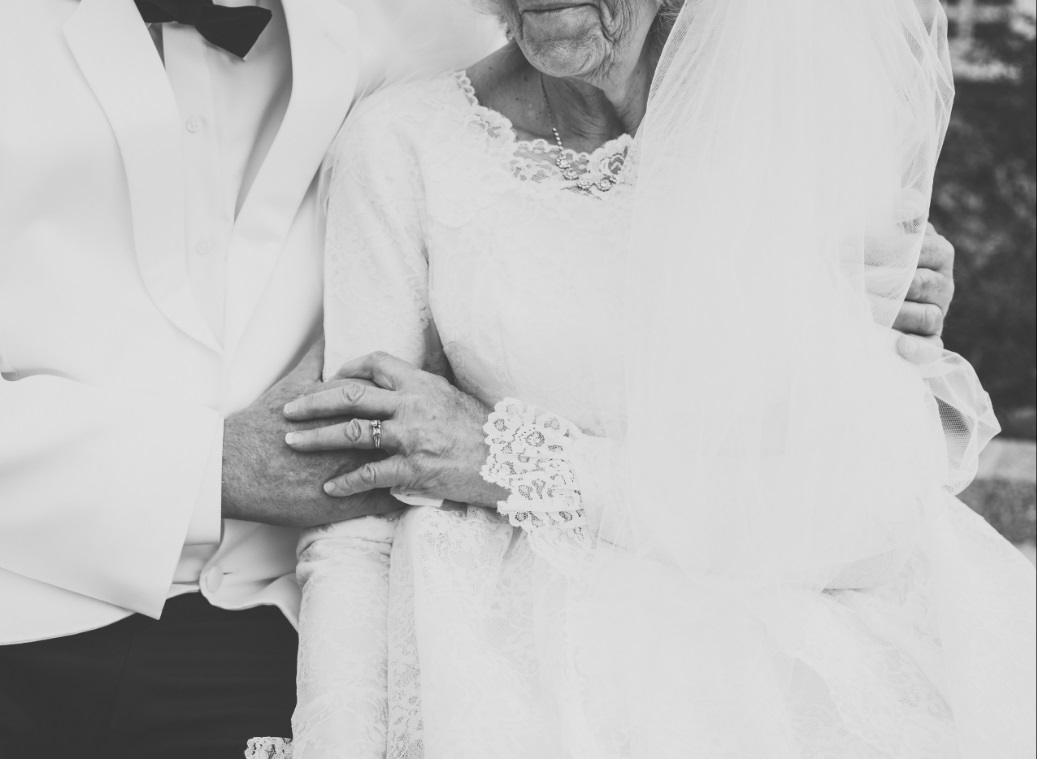 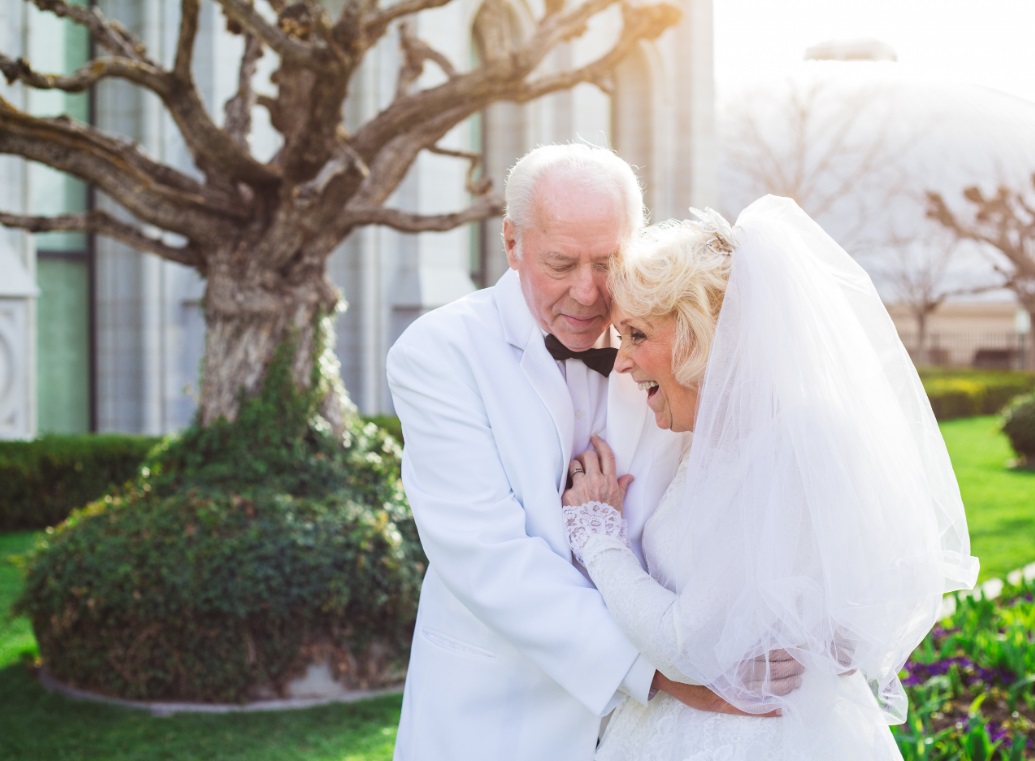 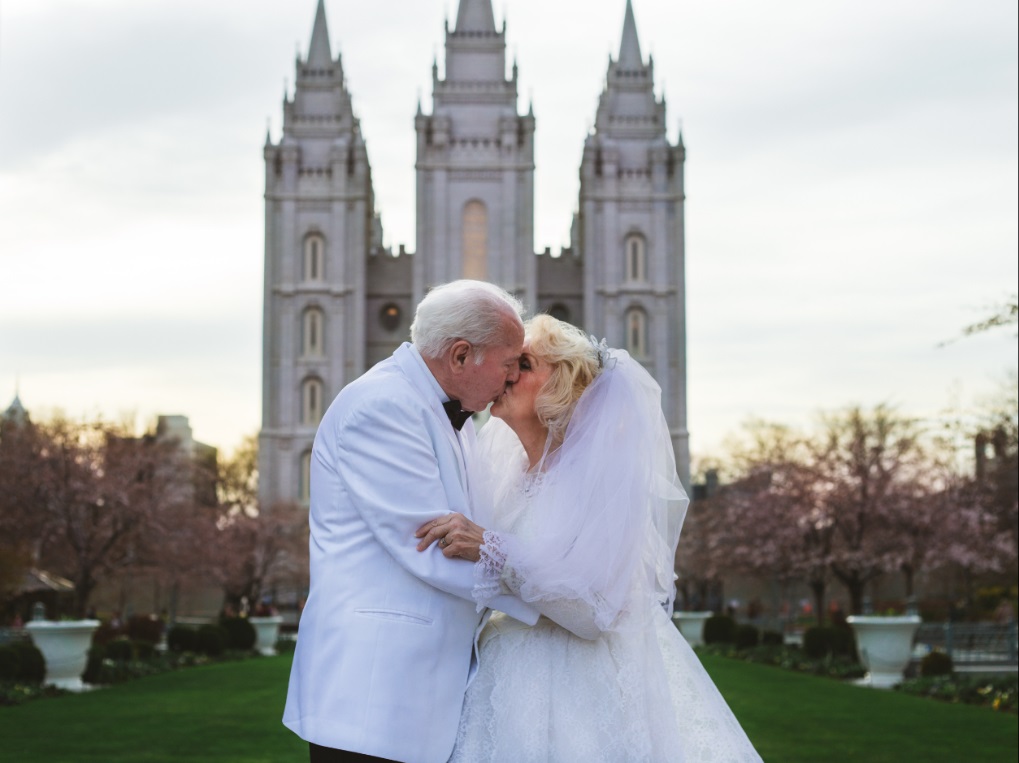 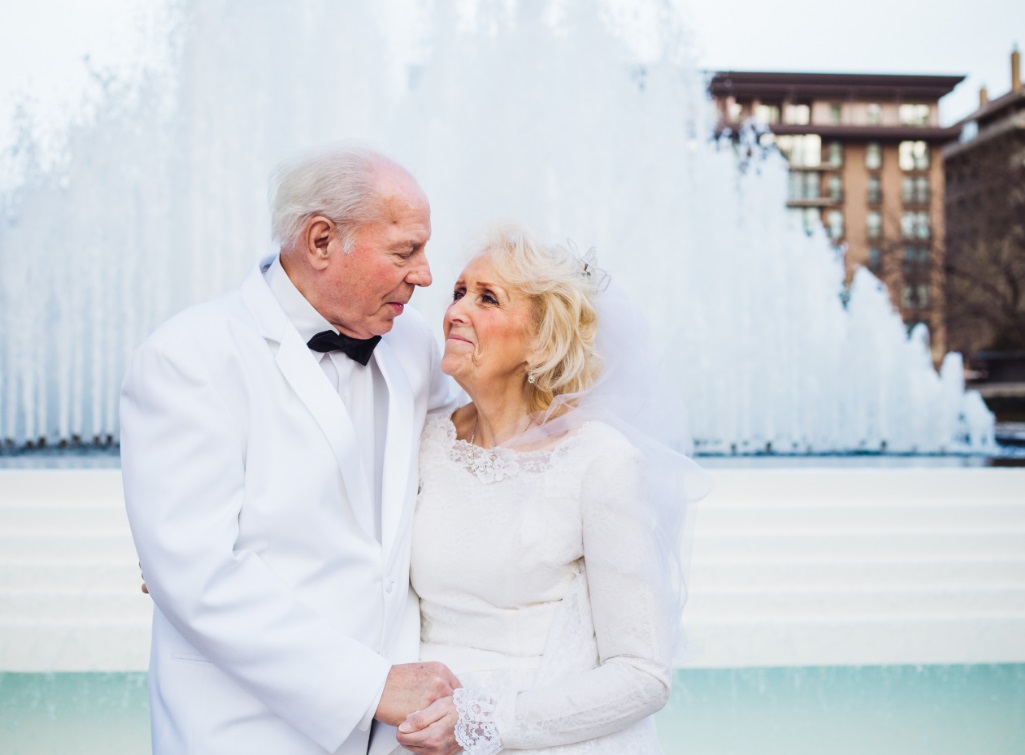 All images courtesy of Heather Lovell from Simply Lovelly