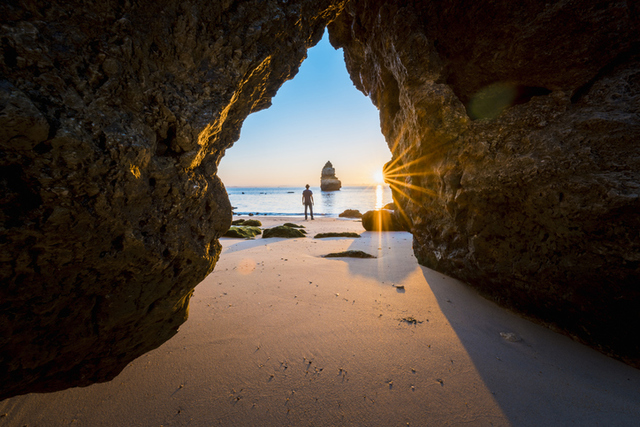 One Beautiful Aspect of Paul's Conversion I Overlooked for 20+ Years

The heavens filled with streaming light, angelic visitors appearing at critical moments, divine beings stripping away the veil between us and the celestial in the most dramatic fashion—who wouldn't want a conversion story like Paul?

Me. One hundred percent, most definitely me.

Let me explain. It is not that I am against the ministering of angels and heavenly visitations. Like most Primary kids, as a little girl I dreamed about seeing angels or hearing God's voice call me by name just like Joseph Smith or Alma or Paul or the Brother of Jared or a number of other iconic prophets in scripturedom.

But one day, while sitting in Sunday School hearing one of these oft-told tales, something in my head finally clicked. After so many readings and discussions, somehow I had missed something crucial I rediscovered that day. I missed the utter terror, the uncompromising guilt, the soul-shattering pain of these encounters. Let me illustrate:

While Saul was traveling from Jerusalem to Damascus, "there shined round about him a light from heaven." Nothing sinister or uncomfortable there, right? Except in the next phrase we read "he fell to the earth," and while startled and laying on the cold, hard ground, "trembling and astonished," Saul hears a heavenly voice ask, "Why persecutest thou me?" (Act 9:3-6). Can you imagine the Creator of worlds without end—who sees into your innermost heart, who can send lightning bolts and descend from the sky—asking you that question? Could there be anything more soul-wrenching or vulnerable?

Let's pause for a moment to consider Alma's own angelic experience. In Alma 36:6-16 we read:

"God sent his holy angel to stop us by the way. . . . [H]e spake unto us, as it were the voice of thunder, and the whole earth did tremble beneath our feet; and we all fell to the earth, for the fear of the Lord came upon us. . . . [F]or the space of three days and three nights that I could not open my mouth, neither had I the use of my limbs. . . . I was racked with eternal torment, for my soul was harrowed up to the greatest degree and racked with all my sins. Yea, I did remember all my sins and iniquities, for which I was tormented with the pains of hell; . . . the very thought of coming into the presence of my God did rack my soul with inexpressible horror. Oh, thought I, that I could be banished and become extinct both soul and body, that I might not be brought to stand in the presence of my God, to be judged of my deeds."

And that's only a small portion of Alma's description. Okay, okay, but those are extreme examples. What about Joseph Smith and the Brother of Jared and others. They were righteous. Surely their experiences weren't as harrowing, right?

In all these stories, remembering the full context is crucial. Before Joseph Smith heard the Father of heaven and earth call him by name, he agonized over where to find God and salvation. And moments before a brilliant light appeared, Joseph was surrounded by "thick darkness . . . and it seemed to me for a time as if I were doomed to sudden destruction" (Joseph Smith—History 1:15). When the angel Moroni appeared to Joseph Smith years later—in a night-long vision where he learned his name would "be had for good and evil among all nations" and that took such a physical toll he fainted from exhaustion the next day—Moroni appeared at Joseph's bedside because he felt "condemned for my weakness and imperfections" and was praying for forgiveness (Joseph Smith—History 1:29).

The Brother of Jared, whom Elder Jeffrey R. Holland called "one of the greatest prophets in the Book of Mormon," experienced a manifestation Elder Holland called "among the greatest moments in recorded faith." The Brother of Jared saw the finger of the Lord. His faith was such he could not be kept within the veil but came face to face with the unfiltered, glorious divine. But what happened shortly before this encounter? "For the space of three hours did the Lord talk with the brother of Jared, and chastened him because he remembered not to call upon the name of the Lord" (Ether 2: 14). Real quick, the Brother of Jared was made aware of his shortcomings, humanity, flaws, limitations, and failings. Maybe he had more in common with Alma the Younger than we thought. In truth, in the eyes of God, many of us have more in common with Alma than we would like to admit. We are all sinners. To comfort ourselves we often set up ranking systems to compare ourselves or measure the degree of our sin, but when it comes down to it, we are all equally sinners. The difference is whether we look to God, whether we can view our own limitations with humility, and whether we can rely on our Savior.

Oh, and let's not forget that the Brother of Jared also "fell down before the Lord, for he was struck with fear" (Ether 3:6).

So, what's my point in all of this? Should we fear seeing God, our Savior, and angels? Should we not seek for the celestial for the fear of what we might discover about our own unworthiness?

No—not in the least. My point is, God is a God of love and mercy, and because of that, He generally teaches us "line upon line, precept upon precept" (2 Nephi 28:30). If we try and measure how much God loves us or determine our righteousness based on divine, otherworldly experiences, we're missing the whole point.

God is full of grace, love, quiet courage, soft promptings, whisperings, beauty, and strength. I think He prefers to let us grow gradually, building a strong foundation and sparing us some of the agonies that comes from suddenly being thrust into the presence of the divine. That doesn't mean that we won't have pain or He won't intervene from time to time. But the small and simple things manifest God's love as much as the big, dramatic, and glorious.

Another tidbit of knowledge I learned that day in Sunday School and in the years since is that, as a culture and as human beings in general, we enjoy flashy, dramatic stories that gloss over the inglorious details. How many times had I read about Paul and Alma and so many others without truly registering the amount of pain and fear involved in their experience or the growth and repentance that came after?

We want the incomprehensible joy that Alma felt and the infamy that Paul attained without experiencing the suffering and work in between. As Robbie Parker, who lost his daughter in the Sandy Hook shooting, once told me, "While our experiences or so many of the stories you read and hear in church can make people think peace and acceptance come in just a moment, that’s not the case. . . . Those stories have this beginning and then you hear this end, and everything that happens in the middle gets glossed over. For me, even though I could get there, understanding all those excruciating, really tough, really painful steps that helped me get there, is something I think a lot of people miss. . . . It’s a process. It takes hard work. While those miracles and spiritual moments and the kind acts so many showed us did lift us and help us through a day, they were just moments.  For those going through trauma or abuse or whatever it may be, it takes work to recover. Though it might not sound very comforting to hear at first, it’s encouraging to now it’s a process you can work at every day.”

But we don't always have to gloss over that middle, because, in truth, we are living it. We are always in the middle of the complex, painful, exhausting, sticky middle of our lives. And it's in that middle where we find our Savior.

Alan Alderman, who was diagnosed with ALS, knows that receiving a death sentence in the form of a diagnosis changed him, but he insists he would not trade having ALS for the knowledge he has gained in the process.

"When you are on your knees, pouring out your heart, sobbing to a loving Father in Heaven, and after you are there for a while, the peace and calm comes," Alderman told me. "One day, with all that I was doing to try to heal, the Atonement took over and that peace and that calm stayed. . . . I learned then that the Atonement is a wonderful and almost incomprehensible thing for us as humans to understand.”

We can all have such transformative moments—some in the form of angelic visitors, others in the forms of struggles or heartache, and still others in day-to-day moments.

"We know that manifestations such as this happen. In fact, we testify that a similar divine experience happened in 1820 to a boy named Joseph Smith. It is our clear and certain testimony that the heavens are open again and that God speaks to His prophets and apostles. God hears and answers the prayers of His children.

"Nevertheless, there are some who feel that unless they have an experience similar to Saul’s or Joseph Smith’s, they cannot believe. They stand at the waters of baptism but do not enter. They wait at the threshold of testimony but cannot bring themselves to acknowledge the truth. Instead of taking small steps of faith on the path of discipleship, they want some dramatic event to compel them to believe.

"They spend their days waiting on the road to Damascus."

Let's not wait for those moments but instead make them.

While I hope I won't have a violent and literal "come to Jesus" moment like Paul and Alma experienced, I am preparing every day for just that moment. Because, whether in this life or the next, it comes for each of us. Until then, I hope I can come to know Him a little better.