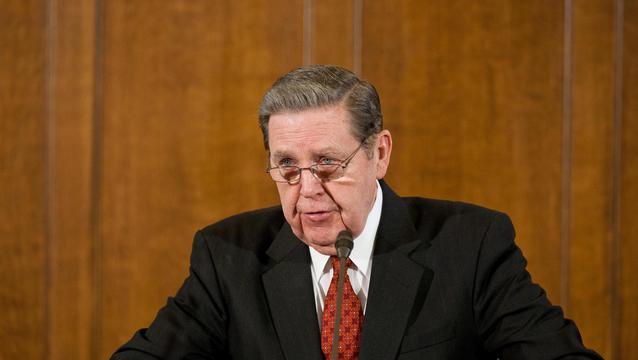 Most of us are probably familiar with the term "free agency" from Sunday School classes or children trying to assert their independence. But is agency really free?

There are several scriptures that may have influenced Latter-day Saints to start adding the word free onto agency. 2 Nephi 2:27; 10:23, D&C 58:27, and Helaman 14:30 all mention some variation of each of us being free to choose or act for ourselves. However, D&C 101:78 describes this principle in a different way that has recently become more widely used by Church leaders and in Latter-day Saint circles: “that every man may act in doctrine and principle … according to the moral agency which I have given unto him, that every man may be accountable for his own sins” (emphasis added). Who was the first person to use this phrase, and how has the way Latter-day Saints think about agency changed over the years?

One of the earliest references to “free agency” comes from a lecture on theocracy by Orson Pratt in 1859. Discussing the approach of the Second Coming, he said, “While time shall last, the free agency of man should be protected…” (emphasis added). However, a few lines later he goes on to say that “when the archangel shall stand forth…woe be unto the wicked and those who have rejected the servants of God, for they shall be…punished for the abuse of that moral agency given them…” (emphasis added).

A decade or so later, in 1872, Brigham Young said "We have our free agency, to think and act just as men think and act, independent of the promptings of the Spirit of God; but that is not our object..." (emphasis added).

Soon after, in 1873, Pratt added to this evolving idea of "free agency," explaining that "The spirits of men and women who leave this world are intelligent, and intelligence is founded upon free agency, and hence, inasmuch as they who are in the spirit world are agents, they can exercise that agency in believing; when they have a testimony they can exercise that agency in repenting of sins of which they have been guilty" (emphasis added).

Early statements like these may have influenced the use of the word free with agency—a practice that grew among Church leaders in the decades following and reached a peak in the mid-1900s.

President David O. McKay appeared to be particularly fond of this term, using it as the topic of his 1965 conference talk and explaining that "Next to the bestowal of life itself, the right to direct our lives is God's greatest gift to man...Whether born in abject poverty or shackled at birth by inherited riches, everyone has the most precious of all life's endowments—the gift of free agency, man's inherited and inalienable right" (emphasis added). Though this talk went on to explain the responsibility associated with agency, Elder Delbert L. Stapley's 1975 talk gives a glimpse of the simplified definition of "free agency" that became popular among members at the time and still sometimes lingers today:

“My brothers, sisters, and friends, one of God’s most precious gifts to man is the principle of free agency—the privilege of choice which was introduced by God the Eternal Father to all of his spirit children in the premortal state” (emphasis added).

In 1976, Brother Daniel H. Ludlow pieced together a more comprehensive definition, using both the old and the new descriptions of agency. “But faith, repentance, the Atonement, and all the other principles, ordinances, and doctrines of the gospel are based on this principle—indeed they would be virtually inoperative and impossible of existence if it were not for this principle of moral free agency” (emphasis added).

In recent years, the D&C phrase “moral agency” has quickly—and, it seems, appropriately—taken the place of its "free" counterpart. These early references to “free agency" were missing an important element, Elder Christofferson pointed out in a 2009 Ensign article. “The word agency appears [in scriptures] either by itself or with the modifier moral. When we use the term moral agency, we are appropriately emphasizing the accountability that is an essential part of the divine gift of agency.”

So while the basic principle of agency has not changed through the years, the method of explaining it has. Describing agency as simply "free" can be easily misinterpreted or used as an excuse to forget about accountability. "Moral" reminds us of the responsibility each free agent has to make righteous decisions.

Perhaps President Uchtdorf explained it best in a 2006 BYU devotional address. “You have agency, and you are free to choose. But there is actually no free agency. Agency has its price. You have to pay the consequences of your choices.”