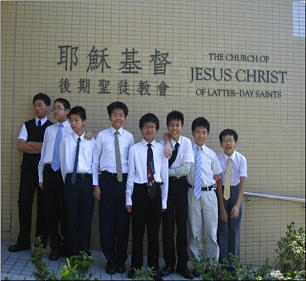 It's been a little over a year since Aaronic Priesthood quorums throughout the Church began utilizing the revised Duty to God program. For legions of deacons, teachers and priests across the globe, the program and its now familiar "learn, act and share" pattern have become a part of their daily lives as they serve, prayerfully study, learn and grow.

In his worldwide duties as the Young Men general president, Brother David L. Beck has met with thousands of young men and their advisers, bishops and fathers. Such meetings have afforded him sacred moments to testify of the opportunities afforded by the Duty to God program. Already it has proven a priceless tool for earnest Aaronic Priesthood holders preparing for missions, future families and lives dedicated to learning and fulfilling their duty to the Lord.