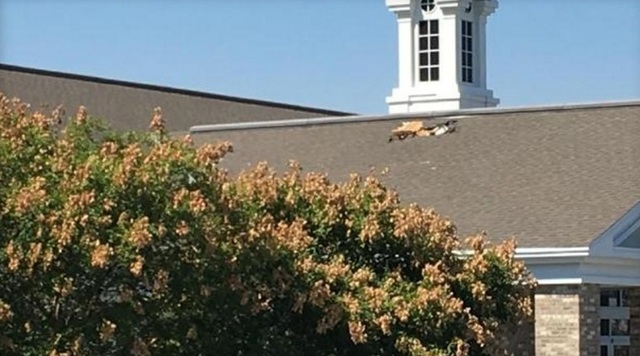 Just a few minutes before 9 a.m. sacrament meeting began at a church in Draper, a paraglider crashed through the roof of the LDS meetinghouse.

The paraglider, Jim Petersen (57) from Bluffdale, Utah, was flying a fan-powered glider when it began spiraling downwards and out of control.

By the time rescue crews reached Petersen from inside the chapel roof, he was already dead.

Police are still investigating the cause of the crash. According to witnesses at the church, it looked like Petersen’s hang glider chute partially collapsed.

Steve Howlette, a friend who flew with Petersen on a weekly basis for years, said that Petersen was very experienced and flew 200 days a year, sometimes multiple times a day.

“He went out doing what he loved to do,” Howlette told the Deseret News. Howlette wonders if his friend could have passed out after failing to pull his reserve chute.

Church services for the chapel at 272 E. Traverse Point Road were canceled for the rest of the day.