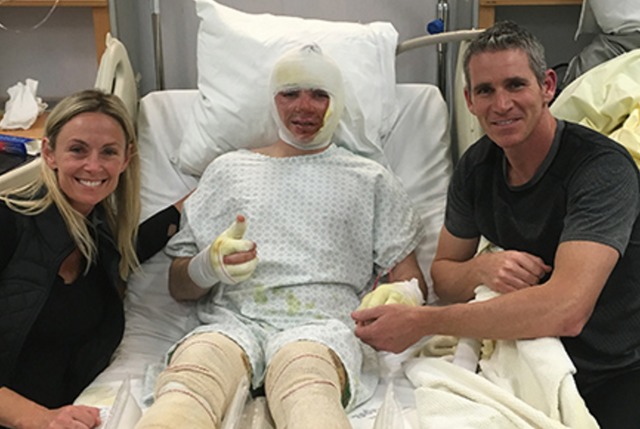 Despite the horrors of the attack, it's inspiring to see this on "People" Magazine: "Once they were all together, they 'said a prayer together' for about fifteen minutes."

Joseph Empey, a 20-year-old Mormon missionary, walked into the front doors of the Brussels airport on Tuesday to drop off a fellow missionary who was boarding a flight to the United States. He barely walked out alive.

After just one minute of waiting in the Delta check-in line to help his colleague, Fanny Rachel Clain, 20, with her luggage, a bomb went off and the force of the explosion knocked Empey to the ground.

"It was about 15-20 feet away," Empey tells PEOPLE. "I remember everything went black and I was unconscious."

Moments later, a second bomb went off. When Empey woke up, he was "surrounded by havoc."