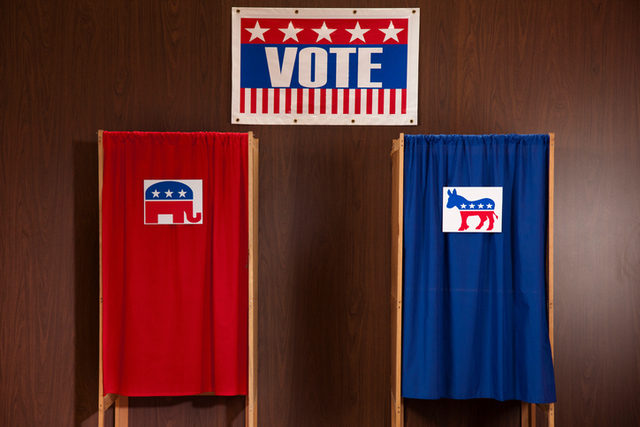 In 2014, Mormons were the most Republican religious group in the United States. However, a recent Pew study comparing how voters identify based on their religion, race, and gender shows a political shift among LDS voters. 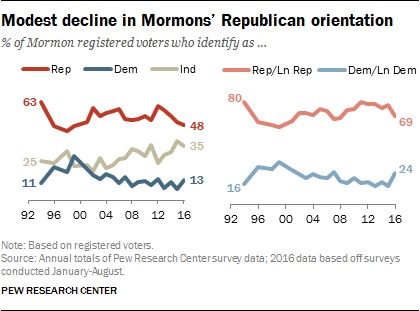 Quin Monson, a political science professor at Brigham Young University, told KUER, "This feels like a reversion to where it should be. It spiked up with the candidacy of Mitt Romney, and now it’s sort of coming back to where it was before. And that’s been driven in part by this aversion by some Mormons and some Republicans to Donald Trump, but it also reflects just an ebb back from the high water mark of 2012."

► You'll also like: Elder Oaks Speaks Out Telling Members “Not to Be Part of the Current Meanness” in the Presidential Election

The shift away from Republican is also more prevalent among millennial voters. Among the youth and young adult members of the Church, 36 percent consider themselves Republican and 57 tend to affiliate as Democrat.

Since the Church does not officially endorse political candidates or tell members to vote Republican or Democrat, the shift in political affiliation does not necessarily represent a shift in voter's beliefs and values.

Although the Pew study marks a sharp decline in LDS Republican voters for this year's election, their shift away from the Republican party has been gradually declining for almost two decades. After Romney increased Republican affiliation amongst Mormons, Trump had the opposite effect, marking a sharper contrast than usual between the two elections.

Whether LDS voters identify as a Republican, Democrat, or Independent, Church leaders encourage members "to play a role as responsible citizens in their communities, including becoming informed about issues and voting in elections" (Mormon Newsroom).

This year's presidential election will take place on Tuesday, November 8, 2016.

The journey to freedom has been thousands of years long. Now that it has found its place in the world, the question for those of us who experience its benefits is simply this: Will we work to preserve the miracle of freedom that we enjoy today?