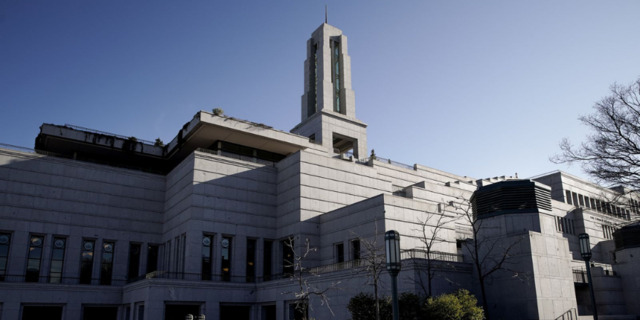 byNewsroom of The Church of Jesus Christ of Latter-day Saints | Jan. 21, 2021

The First Presidency of The Church of Jesus Christ of Latter-day Saints has announced that the April 2021 general conference will be virtual only.

The April proceedings will mirror the October 2020 general conference: The broadcast will originate from the Conference Center Theater on Temple Square, only the speakers and their spouses for a given session will be present in the meeting, and the music will be prerecorded from previous general conferences.

“As a worldwide organization, we have an obligation to be good citizens and to act with caution as it relates to such a unique setting as general conference, which traditionally brings thousands of visitors to Salt Lake City from around the globe,” the First Presidency has said.

All sessions of the April 2021 conference will be streamed live on broadcasts.ChurchofJesusChrist.org. Sessions will also be available via Gospel Library, the Latter-day Saints Channel, radio, television, satellite, and other digital channels. See 5 Ways to Watch or Listen to October 2020 General Conference Live for a more detailed list.