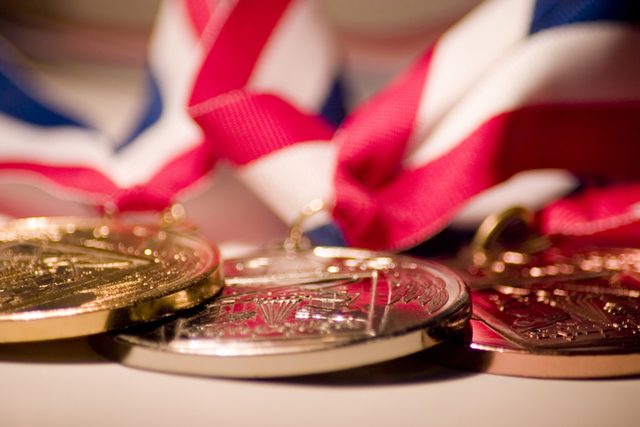 Though favored to win gold heading into the Torino 2006 Games, she was unable to compete after a runaway bobsled rammed into her, fracturing her right leg.

But Pikus-Pace didn’t let this disappointment deter her: “The accident allowed me to see what I was made of physically, mentally, and spiritually,” she says, “and it was a confirmation that agency is why we’re here. Regardless of our situation, there is always a different way to look at things.”

By 2010, Pikus-Pace was ready for another run at the Olympics. But before proving her ability on a world stage, Pikus- Pace proved her standards to a nation at the Media Summit. 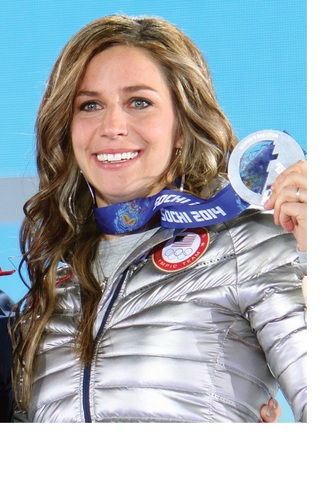 nal event attracts every newspaper, magazine, television broadcast, charity foundation, and webcast with any interest in sports, health, or fitness. Athletes expected to do well in the Olympics received invitations to attend,” Pikus-Pace explains in her book, Focused.

During a photo shoot at the event, one of the assistants held up a short crimson dress with spaghetti straps, explaining that all the female athletes were taking pictures in red dresses to promote healthy hearts and healthy living. Pikus-Pace declined, and ultimately the assistant found a more modest, though less stylish, dress for her.

“When it came down to it, though, wearing the dress or not was a very easy decision for me to make,” Pikus-Pace shares in her book, “because I had already chosen to stand as a witness of God ‘at all times and in all things, and in all places’ (Mosiah 18:9).

“I had decided a long time ago that I wouldn’t let the vision and expectations of the world determine who I am or what I stand for.”

With unabated integrity, Pikus-Pace gave an excellent performance at the Vancouver 2010 Games, missing the medal podium by a mere tenth of a second. She decided to give her dream one final shot, coming out of retirement to compete in the 2014 Games in Sochi, Russia.

It was there Pikus-Pace took silver in women’s skeleton. As this medal, representing years of sacrifice, persistence, and family support, was being lifted over Pikus-Pace’s head, Latter-day Saints around the world noticed another silver pendant already on the Olympian’s neck: her Young Women medallion.

A stake Young Women president at the time, Pikus-Pace bravely displayed that simple memento of her faith throughout the Games. “I wasn’t trying to push anything on anyone, but I’m grateful that I can stand up for what I believe,” she shares. “I love the youth. I wanted them to know they can be great—that they can achieve anything they want to when they know who they are and what they stand for.”