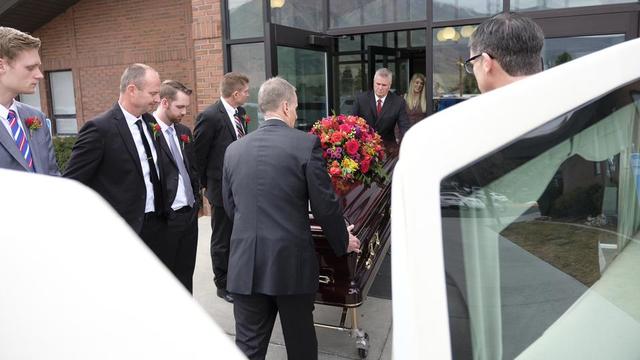 President Nelson One of Many to Honor Elder Von G. Keetch at Funeral

Funeral services were held for Elder Von. G. Keetch of the Seventy this morning. He passed away on January 26, 2018.

He was remembered as a kind father, husband and friend, as well as one of the country’s leading constitutional lawyers and a protector of religious freedom.

At the funeral services, Church President Russell M. Nelson read a letter from the First Presidency written to Elder Keetch’s wife, Bernice Keetch. The letter reads, in part: “The Savior knew the sorrow we would experience when our loved ones depart this earth. Elder Keetch has returned home to our loving Father in Heaven. Although there is no substitute for the love and devotion of a dear companion, we pray you will receive the comfort and peace in the Savior’s promise: ‘Peace I leave with you, my peace I give unto you: not as the world giveth, give I unto you. Let not your heart be troubled, neither let it be afraid’ (John 14:27).”

“I can say that in the last quarter century, no one — no one — has had a greater impact on the cause of Zion in the courts — or in the courts of public opinion — than has our beloved Elder Von G. Keetch,” said Elder Lance B. Wickman, general counsel for the Church and an emeritus General Authority Seventy, who referred to Elder Keetch as a “beloved friend.”