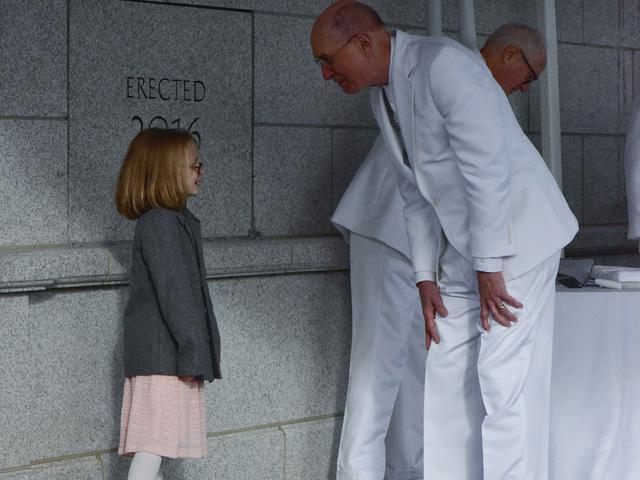 President Henry B. Eyring dedicated the first temple in Connecticut, saying, "The Lord was able to do this because these faithful people were there and He loves them. It’s a great tribute to their faith.”

The New England area of the United States includes a new house of the Lord, as the Hartford Connecticut Temple has been dedicated.

President Henry B. Eyring, first counselor in the First Presidency of The Church of Jesus Christ of Latter-day Saints dedicated the temple on Sunday, November 20, 2016.

Prior to the dedication, President Eyring conducted the traditional cornerstone ceremony, which signifies completion of the temple.

"There is a cornerstone here. It already has artifacts that were put there and we will ceremonially seal it in by putting in some mortar," he said. "As you know, the Savior Himself is the cornerstone of this work and of the Church."